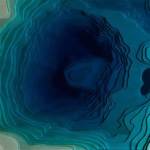 “If you gaze long into an abyss, the abyss will also gaze into you.”

It has been The Gospel of Jesus Christ implanted in the hearts and minds of willing men and women which has been tipping the balance back from the abyss.

Some think otherwise.  One can read all kinds of proposals for saving America and the rest of the world and let me say here and now, that it will not be because of some politician with a crafty scheme which will save the world.  Nor will it be some religious incantation from a ‘holy man’.  Not an ‘anointing oil or potion from a TV preacher, a ‘holy water’ soaked hanky, not a Pentecostal preacher exhibiting a public holy fit and not even a well intended, but wistful, protestant praying some rote prayer which will stay this evil which besets us nor will it slow the demise of civilization.

It has always been and will continue to be men and women of God who are sold out to the Cause and Purpose of Christ, who are MATURE in their faith, bravely carrying His Banner into battle against this evil.  This is a spiritual battle manifested on earth – it is occurring in our natural realm.

We must be making the next generation of disciples, preparing them to take up His Banner and to continue the fight against the rulers, the powers and principalities of darkness, until He returns and claims our victory.

Here are excerpts and a link to an important and succinct message from Pastor and teacher Alistair Begg on this matter of Making Disciples.  It is titled “Presenting Everyone Mature in Christ — Part One”

“Our text is Colossians chapter 1:28 – 29:  “Him we proclaim, warning everyone and teaching everyone with all wisdom, that we may present everyone mature in Christ. For this I toil, struggling with all his energy that he powerfully works within me.”

“I was part of a panel of ministers, and in the Q and A session of that particular evening, the questions turned very specifically to the issue of discipleship: “What is a disciple? What does it mean to make a disciple?”.  And the way in which the question was answered by my colleagues, left me with a really empty feeling.   If I were to go by the definitions that were given to me then I would have to conclude that I had been missing the point for the last thirty-six years.   So I left despondent.  I left thinking to myself, “I have to think this issue out.”  Because, if what was being said there didn’t intersect with my own heart and mind and thinking.

“The difficulty, as I reflected on it afterwards, lay in an inference was the idea that it was one thing to be a Christian and it was another thing to be a disciple. In other words, that discipleship was a kind of upper tier, a kind of stage-two dimension of Christian pilgrimage.  In other words, the inference was that only “The Pastor is a Disciple Maker,” a number of things occurred to me.

“First of all, that in the Acts of the Apostles, we discover that the disciples became known as Christians and not the other way around.

“The other thing that struck me was that the noun discipleship never actually occurs in the Bible at all, and that the verb matheteuo, “to make a disciple,” occurs in the framework, essentially, of a process—a process that involves conversion, baptism, teaching, and development along the line of sanctification. So as I thought about it, I came to the conclusion that in the New Testament, everyone converted to Jesus was a disciple. So I decided that it can’t be an upper tier; it isn’t a second stage. And the danger is that when that becomes a prevalent kind of teaching, as with other kinds of second-stage, upper-tier teaching on the Christian life, it almost inevitably divides people from one another.

“In the New Testament, everyone converted to Jesus was a disciple, setting out to follow Jesus is not a hundred-yard dash, but it is actually, as we discover reading the Bible, it is a cross-country run that lasts for a lifetime.” – Pastor Alistair Begg, Truth for Life, 10/16/2020. From Series: The Pastor’s Study, Volume 8

I hear a lost of excuses from Christians now-a-days about disciple making, and it would seem we are failing and that there will be no one to carry this fight forward!

But, the Word of God tells us He will raise up a remnant, a holy army, arrayed in His Glory, in these Last Days.  God, through this remnant, will put the enemy on the run and He will completely destroy them.  You and I can choose to be part of this Army or sit it out, at our peril.

Do not give in or give up.  Continue to proclaim and believe that our God is before us, over us, with us, in us and is working through us,   God has done and is doing His part and we must do our part.  Let’s join God in what He is doing!

Dear Brothers and Sisters:  Sitting in church won’t get this done, and  if we shrink back or shirk our duties, if we are not engaged with Christ in this historic and cosmic battle, all of us will pay an awful price!

Start now! Pray His Word, carry the banner of God as you go, preach and teach His Gospel, confront evil wherever you encounter it and stand fast in the face of evil!

If you have any questions or want to discuss these matters, please contact me:

Your Brother and Friend in Christ,