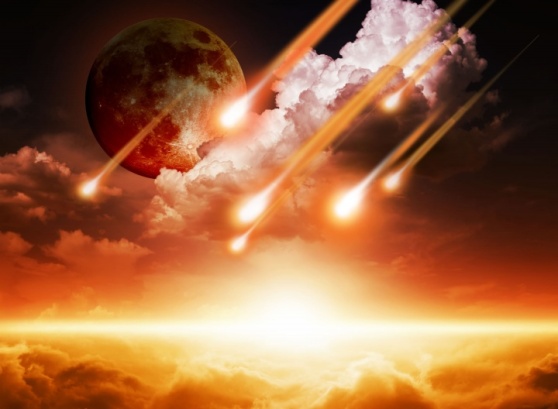 When is the Rapture, the tribulation, the return of Jesus – and why does it matter?

You might say these things are in God’s Hands, I am saved, so what does it matter. I think I am ready, I cannot change these things, so why worry?

Well, if you say that, then you are partially right. You should not worry. However, it does matter. It matters a great deal.

1.  It matters because God’s Words tells us of the things to come and warns us to be ready and to be found doing the things He has told us to do.

Matthew 24:42 “Therefore be on the alert, for you do not know which day your Lord is coming. “But be sure of this, that if the head of the house had known at what time of the night the thief was coming, he would have been on the alert and would not have allowed his house to be broken into.
“For this reason, you also must be ready; for the Son of Man is coming at an hour when you do not think He will.

“Who then is the faithful and sensible slave whom his master put in charge of his household to give them their food at the proper time?

“Blessed is that slave whom his master finds so doing when he comes.

“Truly, I say to you that he will put him in charge of all his possessions.

“But if that evil slave says in his heart, ‘My master is not coming for a long time,’and begins to beat his fellow slaves and eat and drink with drunkards;
the master of that slave will come on a day when he does not expect him and at an hour which he does not know, “and will cut him in pieces and assign him a place with the hypocrites; in that place there will be weeping and gnashing of teeth.”

Another parable tell of the waiting virgins who were not prepared, and the Lord says to them, “Truly I say to you, I do not know you.”

Yet another parable warns us that the worthless slave who is not faithful to be found doing as his Master instructed will be “Thrown out into the outer darkness; in that place there will be weeping and gnashing of teeth.”

2.  It matters because your families and others are watching. You are to be an example for them, and you are to help them be prepared.

Watch each of the 5 videos on this page, which explain the Pre-Wrath Rapture and teaching commentary on this subject by Pastor John Piper. Please watch, listen, pray and think.

The term, Rapture, refers to the idea that a day will come when Jesus will appear in the heavens, at which time the dead in Christ will be resurrected to meet Him in the air and to receive their glorified bodies. Living believers will be taken up also and will be translated en route from mortal to immortal. Both the resurrected believers and the living ones will then return to Heaven with Jesus. This event is viewed by most as being separate and apart from the Second Coming of Jesus, when He will return to earth to reign for a thousand years.

The word, Rapture, does not appear in English language Bibles, but it can be found in the Latin Vulgate translation of Jerome, which served as the basic Bible of the Western world for over 1200 years, from 400AD to 1611 when the King James Version was published. The word appears in 1 Thessalonians 4:17.  In English versions it is expressed as “caught up.” The concept of the Rapture can be found in many other places in the New Testament — for example, in John 14:1-4 and 1 Corinthians 15:51-53.

The Question of Timing

Among those who believe in a Rapture of the Church, there is disagreement as to the timing of the event. Until recent years, there were three concepts of the Rapture’s timing:

I accepted the “pre-tribulation-rapture-view” without much thought. It was what I was told would happen and as a new Christian, I never questioned it.

Many years later, a friend and co-teacher, asked me to join him in teaching a Church class on a book about the Rapture and the Tribulation. My assignment was PRE-tribulation Rapture, and he would present and discuss the mid-tribulation rapture view.

It took me almost a year to prepare, and that study and preparation raised questions I could not ignore. I have spent 10 years searching scriptures and studying this matter. For example:

1. Why was Jesus warning His disciples (and subsequent disciples or anyone who would eventually read His Words in the Bible) about coming events it they would not experience those events, if they would be Raptured before the tribulation?

2. How can we tell WHICH ‘wars and rumors of wars, famines and earthquakes’ were the result of breaking of the first Seal of the tribulation, because there have been thousands of them since Jesus said these words.

3. Was Jesus wanting to ‘scare’ listeners into believing by warning them ahead of time? (I think not. Trickery just doesn’t fit Jesus Character, and He tells us “do not be frightened” by these things.)

4. Jesus tells His disciples (and subsequent disciples or anyone who would eventually read His Word in the bible), in Matthew 24:6 that “You will be hearing of wars and rumors of wars. See that you are not frightened, for those things must take place, but that is not yet the end. Verse 7:  “For nation will rise against nation, and kingdom against kingdom, and in various places there will be famines and earthquakes. Verse 8:  “But all these things are merely the beginning of birth pangs.”

Why is Jesus telling us that we should not be frightened by the WARS, RUMORS OF WARS, NATIONS RISING AGAINST NATIONS, FAMINES, EARTHQUAKES, and that we must ENDURE TO THE END TO BE SAVED if we have been “Raptured” and out of harms way?

5. When you compare Jesus’ Words in the book of Matthew with John the Revelator’s account of the ‘End of Days’ in Revelation, why do you get the very real sense that something about pre-tribulation evangelical or reformed doctrines of the end times don’t line up with or doesn’t fit with what you read IN THE BIBLE.

(There are other daunting questions, but this is enough for this article)

I’m no scholar. But, that year of study changed my views, slowly at first, then after over twelve years of study and review, my mind is changed, permanently.

Here’s a quick scan of time and history. See what you think.

One thought on “Pre-Wrath Rapture”

Leave a Reply to Dee ❤ Sealed In Christ Cancel reply