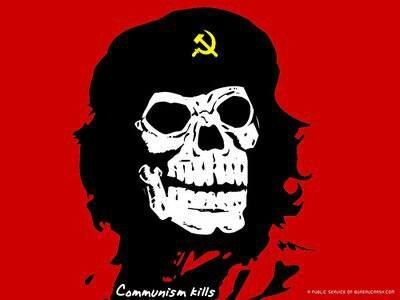 Agenda 21, The United Nations Conference on Environment and Development (U.N.C.E.D.), 1992

Agenda 21 is a comprehensive plan of action to be taken globally, nationally and locally by organizations of the United Nations System, Governments, and Major Groups in every area in which human impacts on the environment.

The Commission on Sustainable Development (C.S.D.) was created in December 1992 to ensure effective follow-up of U.N.C.E.D., to monitor and report on implementation of the agreements at the local, national, regional and international levels.

Where did it originate?

Produced by the United Nations World Commission on Environmental and Development, authored by Gro Harlem Brundtland, VP of the World Socialist Party, the term Sustainable Development was first introduced to the world in the pages of a 1987 report (Our Common Future).

The term was first offered as official U.N. policy in 1992, in a document called UN Sustainable Development Agenda 21, issued at the U.N.’s Earth Summit, today referred to simply as Agenda 21.

The full implementation of Agenda 21, the Program for Further Implementation of Agenda 21 and the Commitments to the Rio principles, were strongly reaffirmed at the World Summit on Sustainable Development (W.S.S.D.) held in Johannesburg, South Africa from 26 August to 4 September 2002.  The actual and basic goals of the United Nation’s Agentda-21 and the W.S.S.D are hidden behind the stated goals of, which will be reaffirmed at a world summit in 2022.

What is Sustainable Development?

According to its authors, the objective of sustainable development is to integrate economic, social and environmental policies in order to achieve reduced consumption, social equity, and the preservation and restoration of biodiversity. “Sustainablists” insist that every societal decision be based on environmental impact, focusing on three components; global land use, global education, and global population control and reduction.

Staying true to form, Agenda 21 describes “Social Justice” as the right and opportunity of all people to benefit equally from the resources afforded us by society and the environment.”  They go on to say that “Redistribution of wealth. Private property is a social injustice, since not everyone can build wealth from it. National sovereignty is a social injustice.” Universal health care is a social justice. All part of Agenda 21 policy.

If you ever wondered where the American Democrat Party got its party platforms, now you know.  They and their platform is Marxist and Communist.  The enemy of America, in the White House and in control of Congress.

WHY THE BIG PUSH TO USE ALL THE COVID-19 VACCINATIONS?

As a global ideology, young minds must be indoctrinated. A U.N. initiated curricula has been launched worldwide. In the US, it is based on principles found in the Education for Sustainable Development Toolkit

Most importantly, this curriculum is centered on removing analytics, reason , and, cause and effect. Higher levels of education are not sustainable. From the Education for Sustainable Development Toolkit:

In the case of the United States, more education has not led to sustainability. Clearly, simply educating the citizenry to higher levels is not sufficient for creating sustainable societies. The challenge is to raise the education levels without creating an ever-growing demand for resources and consumer goods and the accompanying production of pollutants.

This is the deliberate “dumbing down” of America.

Who is behind it?

More than 178 nations, including the United States, adopted the United Nations Agenda 21 as official policy during a signing ceremony at the Earth Summit. US president George H.W. Bush signed the document for the US. In signing, each nation pledge to adopt the goals of Agenda 21. In 1995, President Bill Clinton, in compliance with Agenda 21, signed Executive Order #12852, effectively bypassing Congress, to create the President’s Council on Sustainable Development in order to “harmonize” U.S. environmental policy with U.N. directives as outlined in Agenda 21. The executive order directed all agencies of the Federal Government to work with state and local community governments in a joint effort “reinvent” government using the guidelines outlined in Agenda 21.  We are under an illegal (international) law, ruling and dictating our future.

Here is a comprehensive list of the U.S. Cities operating as surrogates for the American Democrat implemented, Socialist takeover of America: Local U.S. State and City Governments for Sustainability.

For additional detail and further reading, go to the website: Downtown Cary.

Agenda 21 – Cover for the U.N. and One World Government

Agenda 21:  The End of Western Civilization