Digital currency is a money-like asset that is primarily managed, stored or exchanged on digital computer systems, especially over the internet.  Digital currency may be recorded on a distributed database on the internet, a centralized electronic computer database owned by a company or bank, within digital files or even on a stored-value card.

Digital currencies exhibit properties similar to traditional currencies, but generally do not have a physical form, unlike currencies with printed banknotes or minted coins. This lack of physical form allows nearly instantaneous transactions over the internet and removes the cost associated with distributing notes and coins.

Usually not issued by a governmental body, virtual currencies are not considered a legal tender, and they enable ownership transfer across governmental borders. This will undoubtedly be challenged by world governments for a myriad of reasons.

These types of currencies may be used to buy physical goods and services.

(Caution to the reader: anytime you see the term ‘democratically’ used by any world government when it comes to your money, beware!) 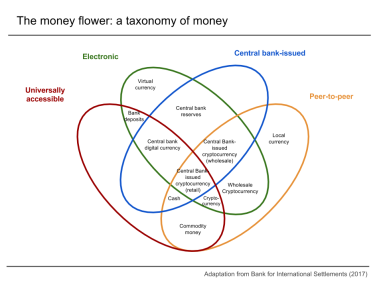 So, what’s the problem with digital currency?

1.  Complete loss of privacy. Perhaps you read or heard, recently, that the Biden administration is working to require financial institutions to report any deposit over $600.00 made by or received by the average citizen. “Why”, you might ask. Control of your money and finances, control over your buying or selling, and oversight of your every move.

IMPORTANT NOTE: This is one of the two final stages of the establishment of the Globalist-Marxist One World Government and the precursor of the coming anti-Christ, also known as The Beast in the Bible. The other stage is control of your health care and health care system, which is complete (see social security and medicare).

2.  A digital or cashless economy appears to be a precursor or ‘a conditioning’ for what is to come – a time when people must accept a MARK, i.e., “an engraving or an etching, a stamp, a sign or an image, either on his or her right hand or forehead, to be able to buy or sell.

What has Digital Currency to do with, what some consider a myth, about “The Mark of The Beast”, as found in the Bible?  You read and decide (and, I will help.)

THE MARK OF THE BEAST

“And he causes all, the small and the great, and the rich and the poor, and the free men and the slaves, to be given a mark on their right hand or on their forehead, and he provides that no one will be able to buy or to sell, except the one who has the mark, either the name of the beast or the number of his name.

“Here is wisdom. Let him who has understanding calculate the number of the beast, for the number is that of a man; and his number is six hundred and sixty-six.”

The Mark of The Beast – What is it?

MARK: In the Greek, ‘charagma’.
Phonetic Spelling: (khar’-ag-mah).
Definition: a stamp, impress, sculpture; engraving, a stamp, sign; properly, an engraving (etching); (figuratively) a mark providing undeniable identification, like a symbol giving irrefutable connection between parties.  A stamp, an imprinted mark: of the mark stamped on the forehead or the right hand as the badge of the followers of Antichrist.

The most popular and most prevalent view of “the Mark of the Beast” is some sort of seal for the followers of Antichrist and the false prophet (the spokesperson for the Antichrist). The false prophet (the second beast) is the one who causes people to take this mark. The mark is literally placed in the hand or forehead and is not simply a card someone carries.

“Many good expositors of Revelation differ widely as to the exact nature of the mark of the beast. Besides the implanted chip view, other speculations include an ID card, a microchip, a barcode that is tattooed into the skin, or simply a mark that identifies someone as being faithful to the Antichrist’s kingdom. This last view requires the least speculation, since it does not add any more information to what the Bible gives us. In other words, any of these things are possible, but at the same time they are all speculations. We should not spend a lot of time speculating on the precise detail”.  (GotQuestions.org)

A common erroneous perception and is that this “MARK” will be available before the “Great Tribulation Period”, that is, before the  Sixth Seal of the Scroll is opened and before the “Rapture” occurs.  This gives the impression that everyone, including professing Christians, will have to make a decision about taking this “MARK”, which is incorrect.

The giving of the Mark of the Beast, as recorded in the thirteenth chapter of the Book of Revelation, takes place between the 7th Tribulation Judgment Trumpet and the 1st Tribulation Bowl of Wrath, which is well after the rapture which occurs after or during the breaking of the 6th Tribulation Seal of the Scroll.

So, those still on the earth after the Rapture but before the 7th Trumpet, will have decided to accept or reject the Mark of The Beast, thereby declaring their allegiance to the Beast and sealing their fate for eternity.

You have been informed.  This is for real.  Now, ask yourself, “what should I do”?  This is the simplest of question to answer, but it can be the most difficult to do.  The answer is to submit yourself and give your life to Christ and be loyal to Him always.  He will forgive all your sins, give you a clean heart and a new start in life.  He will protect you and guide you through these difficult and challenging Last Days.  He has also prepared a place in His Father’s House, for all who come to Him as a child.

If you want to talk or correspond, just make a comment and I will be in touch.

DIGITAL CURRENCY ON THE RISE

What is digital currency?  Read here, at, Investopedia.com – Digital Currency for a full description.

NEW YORK POST:  Dallas Federal Reserve President Robert Kaplan said on Friday he could see the US central bank eventually issuing its own digital currency, calling it the “last mile” in a digitalization of the payment system that is already in train.  ( The New York Post.com – Fed actively working on U.S. digital currency )

WEFORUM:  This new currency could change the way we see money. Central banks around the world are experimenting with so-called Central Bank Digital Currency (CBDC). But what is it and why does it matter?  CBDC is a digitized version of domestic currency where the central bank issues new money equivalent to – and redeemable for – its domestic currency, often removing the equivalent amount of currency from the money supply. ( WEFORUM.org – New digital currency could transform how we see money )

FORBES:  Digital Currency: The Future of Your Money.  Digital currency has the potential to completely change how society thinks about money. The rise of Bitcoin, Ethereum and thousands of other cryptocurrencies that exist only in electronic form has led global central banks to research how national digital currencies might work.  Digital currency is any currency that’s available exclusively in electronic form. Electronic versions of currency already predominate most countries’ financial systems. In the U.S., for instance, the physical U.S. currency in circulation is only about one-tenth of the overall money supply; the remainder is held in various bank deposits in electronic form.  ( FORBES.com – Digital Currency )

CNBC:  China is arguably leading the world in developing a national digital currency, a project it has been working on since 2014.  The People’s Bank of China (PBOC) has been spearheading work on the digital yuan, a so-called central bank digital currency (CBDC) that aims to replace some of the cash in circulation. Real world trials are already underway in the world’s second-largest economy. Here’s what we know so far about the digital yuan or its official name — the Digital Currency Electronic Payment (DCEP).  ( CNBC.com – China’s digital yuan; what it is and how it works )