“But, you will receive power when the Holy Spirit has come upon you, and you shall be My Witnesses…”

Some people ‘witness’ by leaving printed tracts containing Bible verses, lying around on countertops or in public bathrooms.

Some people ‘witness’ by sketching cartoon-like drawings of ‘cliffs and stranded characters separated from God by imaginary chasms’, quote a scripture or two and invite others to ‘accept Jesus by praying a little prayer’. 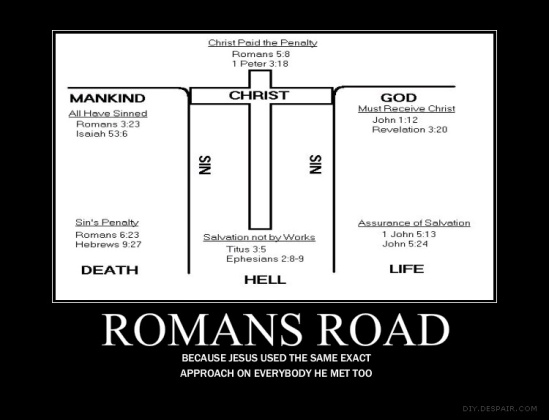 A few people go door-to-door, handing out religious literature or by standing on street corners handing out tracts, leaflets or pamphlets. So, what’s the harm?

Have we, tragically, reduced one of the greatest commandments and prophecies uttered by Jesus, to a “handout” or a sideshow?

Please read what the Bible actually says about being a witness:

Acts 1:4, “Gathering them together, He (Jesus) commanded them not to leave Jerusalem, but to wait for what the Father had promised, “Which,” He said, “you heard of from Me;

Verse 6. “So when they had come together, they were asking Him, saying, “Lord, is it at this time You are restoring the kingdom to Israel?”

Verse 7.  “He said to them, “It is not for you to know times or epochs which the Father has fixed by His own authority;

Verse 8.  “But you will receive power when the Holy Spirit has come upon you; and you shall be My witnesses both in Jerusalem, and in all Judea and Samaria, and even to the remotest part of the earth.”

These foregoing verses are both a PROPHECY and a command. A prophecy is a foretelling and a forth-telling, commanded by the Word of God.

Defined by Strong’s Bible concordance from the Greek language: Prophecy, (propheteia, pronounced, prof-ay-ti’-ah) is a discourse emanating from divine inspiration and declaring the purposes of God, whether by reproving and admonishing the wicked, or comforting the afflicted, or revealing things hidden; esp. by foretelling future events;

A prediction of events relating to Christ’s kingdom and its speedy triumph, together with the consolations and admonitions pertaining to it, the spirit of prophecy, the divine mind, to which the prophetic faculty is due;

Gifts and utterances of the predictions, set apart to teach the gospel, accomplish for the works of the Kingdom of Christ

Prophecy begins with a declaration or an utterance. Then it is always manifest in this natural world. The prophecy will continue to reverberate throughout time and will culminate only when the Perfect (Jesus) comes.

Jesus said, “For truly I say to you, until heaven and earth pass away, not the smallest letter or stroke shall pass from the Law until all is accomplished.” (Matthew 5:18)

We must know this because Prophecy is accomplished and continues through God’s people and His creation. We must be obedient to His Word.

His Word, accomplishes His Work, in and through His people

The Bible describes and defines The power (δύναμις dunamis doo’-nam-is) from the Holy Spirit as a mighty work, strength, the working of miracles, of might and of virtue.

God’s Word says you will receive this power when the Holy Spirit has come upon you.

So, what does “And you shall receive power”, say, and mean to you and to me?

God’s Word says when you will receive this power you shall be His Witness. Through the power of the Holy Spirit you will become a witness, (witness in the Greek language is, martus, pronounced, mar’-toos).

So, what does “And you shall be My witnesses”, say, and what does this mean to you and to me?

God tells us that His Word which goes forth from His Mouth will not return to Him empty, without accomplishing what He desires, and without succeeding in the matter for which He sends it. – Isaiah 55:11

So, if you and I were to obey the Word of God, what would this look like?

Perhaps it would be like the time Jesus walked the earth, showing us the Father and doing the Works of the Father.

Jesus would preach and say, “Repent, for the kingdom of heaven is at hand.”

Jesus walked by the Sea of Galilee, and as He saw two brothers, Simon who was called Peter, and Andrew his brother, casting a net into the sea; He said to them, “Follow Me, and I will make you fishers of men.” Immediately they left their nets and followed Him.

Going on from there, He saw two other brothers, James the son of Zebedee, and John his brother, in the boat with Zebedee their father, mending their nets; and He called them. Immediately they left the boat and their father, and followed Him.

Jesus went, going throughout all Galilee, teaching in their synagogues and proclaiming the gospel of the kingdom, and healing every kind of disease and every kind of sickness among the people.

The news about Him spread throughout all Syria; and they brought to Him all who were ill, those suffering with various diseases and pains, demoniacs, epileptics, paralytics; and He healed them. (Matthew 4:17-24)

These are His Works which He prepared ahead of time for us to walk in.

It is our time to go into the ‘fields ripe for harvest’ and to do His Works.

A Simple Guide to Miracles

Alpha to Omega – A quick Chronology and History