(You can listen to the article on this audio podcast, and, pause the audio to follow page links for important details on select subjects and topics in this article, then, resume the audio when you are ready.  Please note that I use page links in lieu of footnotes and references.  It is important to read them to get the full teaching or full explanation.) 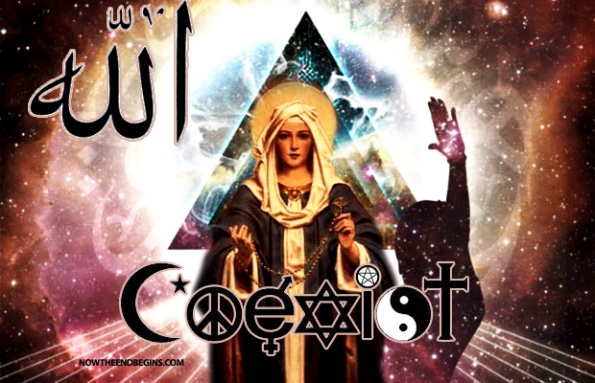 Who and what is Dutch Sheets and what does he believe?

I have Pentecostal and Charismatic friends who follow and recommend the teachings of Dutch Sheets to others. I researched Dutch Sheets, upon a recommendation, and I choose to ignore his teachings. I stayed silent about what I learned, not wanting to offend my friends.

Now, these same people are recommending Sheets to my wife.  She has asked me what I think about this man.  Now, I am going public with my findings.

First, let me say, I am not questioning Dutch Sheets sincerity nor am I questioning his salvation. Sheets uses many Biblical examples and teachings, but, he mixes them with extra-Biblical teachings and practices.

I am exposing what I have discovered about his beliefs, practices and his, associations, and they are not Biblical. He may be sincere, but, it is my opinion, along with scores of others, that he is sincerely wrong for The Gospel and for Biblical Christianity.

He is ‘wildly popular’ among Charismatics, Pentecostals, Dominionists and Word of Faith adherents. He sells a lot of books and is in demand as a speaker.

Gleaned from dozens of websites, I have found that Dutch Sheets is a self-proclaimed Prophet and New Reformation Apostle. He is from the New Apostolic Reformation, he is at various times associated with the ‘Dominionism’ movement, considered as a Charismatic, has affiliations to the Word of Faith movement, has been part of and participated in the heresy of the Lakeland Church movement associated with heretic and apostate Todd Bentley and of Kundalini Spirit worship (video at the end of this page), which Sheets says he has ‘repented from’ and admitted his errors on that one count. Sheets was also part of the Brownsville Revival also known as the Pensacola Outpouring which was later exposed by various news sources as fraught with misinformation, deceit, controversy and alleged fraud Dutch Sheet preaching at Brownsville.

Then there is this video of the occult KUNDALINI spirit being practiced at Brownsville Church:

(A person who claims to have special revelations and claims to speak on behalf of the Bible and of God, can NEVER join, affiliate or participate in anything such as the bizarre and none-Biblical behaviors at the Lakeland revival and Brownsville revivals, such as ‘golden dust’, ‘angel wings’, ‘kundalini’, ‘barking like dogs, laughing uncontrollably, shaking violently, howling, rolling on the ground’, and have any credibility of discernment or to have any prophetic abilities.)

The Charismatic movement (and Dutch Sheets).

What is the New Apostolic Reformation?

What is the Word of Faith movement?

Dutch Sheets claims to have special revelations through dreams and thoughts and interprets his dreams as having special Extra-Biblical relevance. He connects his dreams to scriptures and calls them prophecies, thereby effectively having ADDED TO SCRIPTURES.

(NOTE:  Matthew 5:18-19, warns, “For truly I say to you, until heaven and earth pass away, not the smallest letter or stroke shall pass from the Law until all is accomplished.  Whoever then annuls one of the least of these commandments, and teaches others to do the same, shall be called least in the kingdom of heaven; but whoever keeps and teaches them, he shall be called great in the kingdom of heaven.”

The Bible is clear that we are to avoid such practices.

My Conclusion:  YOU SHOULD AVOID DUTCH SHEETS AND HIS BELIEFS AND PRACTICES because they are of a man, and, of a man with dubious associations, practices and extra-biblical beliefs.

Put your trust in

PS:  A graphic video on the teaching and practices of the Charismatic and the Word of Faith adherents at the Lakeland Revival and the Brownsville Revival, at which Dutch Sheets either spoke or participated.  These satanic practices spread to other churches and have been practiced by unwitting people. This is the warning: “Many false prophets will arise and mislead many”, Matthew 24:11.

Finally, what happened to the Brownsville Church?

2 thoughts on “Who and What is Dutch Sheets?”