(You can listen to this on audio and pause the audio to follow page links, then, you can resume the audio, when you are ready.  Please note that I use page links in lieu of footnotes and references for important study details). 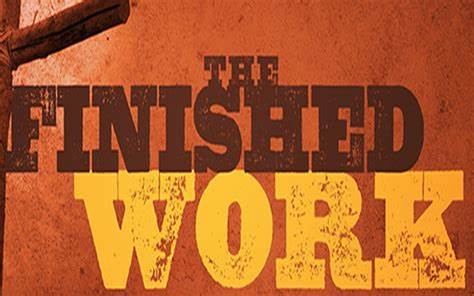 The word “canon” comes from the rule of law that was used to determine if a book measured up to a standard. It is important to note that the writings of Scripture were canonical at the moment they were written.

Scripture was Scripture when the pen touched the parchment. This is very important because Christianity does not start by defining God, or Jesus Christ, or salvation. The basis of Christianity is found in the authority of Scripture. If we cannot identify what Scripture is, then we cannot properly distinguish any theological truth from error.

The canon of Scripture refers to all the books in the Christian Bible and Hebrew Scriptures that together constitute the complete and divinely inspired Word of God. Only the books of the canon are considered authoritative in matters of faith and practice.

The idea of a closed canon is that the Bible is complete; no more books are being added to it. God is not appending His Word.

A closed canon also implies that there are no apostles or prophets today who are receiving new messages from God.

The church is gifted with teachers and preachers of the Word today, but anyone who claims a new revelation from God, proffers his or her message as divinely inspired, or assumes authority on par with the Bible is leading people astray. Sadly, many in the church give heed to dreams and visions shared from the pulpit and to those who falsely claim that “God spoke to me.”

The canon of Scripture was determined by God, not men. Jude, one of the last books to be included in the canon before it was closed, says, “Dear friends, although I was very eager to write to you about the salvation we share, I felt compelled to write and urge you to contend for the faith that was once for all entrusted to God’s holy people” (Jude 1:3).

The words the faith in this passage refer to, are the sum of what Christians believe, all the apostles’ teachings, or the whole body of Christian beliefs. In other words, everything we believe in the Christian faith has already been delivered or revealed to the saints through the apostles and prophets. Through the Scriptures, God has given us a final and complete body of knowledge for living the Christian faith.

”After this, Jesus, knowing that all things had already been accomplished, to fulfill the Scripture, said, “I am thirsty.” verse 29. A jar full of sour wine was standing there; so they put a sponge full of the sour wine upon a branch of hyssop and brought it up to His mouth. Verse 30. Therefore when Jesus had received the sour wine, He said, “It is finished!” And He bowed His head and gave up His spirit.”

“Do not think that I came to abolish the Law or the Prophets; I did not come to abolish but to fulfill. Verse 18.  For truly I say to you, until heaven and earth pass away, not the smallest letter or stroke shall pass from the Law until all is accomplished. Verse 19. Whoever then annuls one of the least of these commandments, and teaches others to do the same, shall be called least in the kingdom of heaven; but whoever keeps and teaches them, he shall be called great in the kingdom of heaven.”

”Every word of God proves true; he is a shield to those who take refuge in him. Verse 6. Do not add to his words, lest he rebuke you, and you be found a liar.”

“Now, O Israel, listen to the statutes and the judgments which I am teaching you to perform, so that you may live and go in and take possession of the land which the Lord, the God of your fathers, is giving you. Verse 2. You shall not add to the word which I am commanding you, nor take away from it, that you may keep the commandments of the Lord your God which I command you.”

“Whatever I command you, you shall be careful to do; you shall not add to nor take away from it.”

I have participated in, been a member of and have been ‘on staff’ with the Baptist church and the Nazarene church. I have also been a member of and actively participated in the Assemblies of God church. Furthermore, I have interacted with and studied the doctrines, teachings and practices of the Methodist church, the Word of Faith movement, the Charismatic movement. So, I have some first-hand experience and some studied involvement and I can tell you, unequivocally, that many have drifted from the directives and commands of Scriptures and are teaching others to do the same.

The Word of Faith and Charismatic, churches, and many of the Pentecostal,  Methodist churches and Assemblies of God churches are adding practices and beliefs which are, at least incompatible with Scriptures, and at worst, are disobedient to the Word of God, bordering on heresy. (See “Has The Great Apostasy Begun?“).

I have friends who follow and recommend the teachings of certain Word of Faith, Pentecostal and Charismatic preachers and teachers to others. I have researched these ‘denominations’, as a result of a recommendation by friends, and I had even joined one Pentecostal church. However, I have stayed silent about some strange things I saw and learned, not wanting to offend my friends.

Now, these same people are recommending certain self-appointed ‘apostles and prophets’ to my wife.  She has asked me what I think about this.  Now, I am going public with my findings.

I am exposing what I have discovered about their beliefs, practices and associations, and they are not Biblical. They may be sincere, but, it is my opinion, along with scores of others, that these teachings are at least incompatible with and at worst, sincerely wrong for The Gospel and for Biblical Christianity.

I have gathered information, both firsthand, and gleaned from dozens of websites about self-proclaimed Prophets and New Reformation Apostles. I have studied the New Apostolic Reformation, and the ‘Dominionism’ movement. Furthermore, I have considered the Charismatic movement and their affiliations with the Word of Faith movement. I have studied the Lakeland Church movement associated with heretic and apostate Todd Bentley and of Kundalini Spirit worship (video at the end of this page). I have looked at the Brownsville Revival also known as the Pensacola Outpouring and have spoken to participants of that ‘revival’, which was later exposed by various news sources as fraught with misinformation, deceit, controversy and alleged fraud.

The Bible is clear that any person who claims to have ‘special revelations’ and claims to speak on behalf of the Bible and of God, can NEVER join, affiliate or participate in anything such as the bizarre and non-Biblical behaviors at the Lakeland revival and Brownsville revivals, such as ‘golden dust’, ‘angel wings’, ‘kundalini’, ‘barking like dogs, laughing uncontrollably, shaking violently, howling, rolling on the ground’, and have any credibility of discernment or to have any prophetic abilities.

Here are some links to these questionable ‘religious movements’ and denominations.

What is the New Apostolic Reformation.

What is the Word of Faith movement.

Teachers, preachers, members and adherents of these aforementioned movements claim to have special revelations through dreams and thoughts and interpret these dreams as having special Extra-Biblical relevance. They connect their dreams to scriptures and call them prophecies, thereby effectively ADDING TO SCRIPTURES.

(NOTE:  Matthew 5:18-19, warns, “For truly I say to you, until heaven and earth pass away, not the smallest letter or stroke shall pass from the Law until all is accomplished.  Whoever then annuls one of the least of these commandments, and teaches others to do the same, shall be called least in the kingdom of heaven; but whoever keeps and teaches them, he shall be called great in the kingdom of heaven.”

The Bible is clear that we are to avoid such practices.

My Conclusion:  YOU SHOULD AVOID THESE BELIEF SYSTEMS, TEACHINGS AND PRACTICES because they are of men, many with dubious associations, practices and bizarre, nonsensical non-biblical beliefs.

(To my friends in the Charismatic and Pentecostal churches:  I know there are good and faithful pastors and Christians in these churches. I am in no way criticizing the Church, the Bride of Christ or all of you. I am criticizing and condemning any errant sprits and denominational deviations from the plain Word of the Bible. I do believe you know if I am talking about you, and you know those you should remove from your midst; adhere faithfully and closely to the written, revealed Word of God.)

Put your trust in

I WILL BUILD MY CHURCH

This is the warning: “Many false prophets will arise and mislead many”, Matthew 24:11.

PS:  Here is a graphic video on the teaching and practices of the Charismatic and the Word of Faith adherents at the Lakeland Revival and the Brownsville Revival.  These satanic practices spread to other churches and have been practiced by unwitting people.