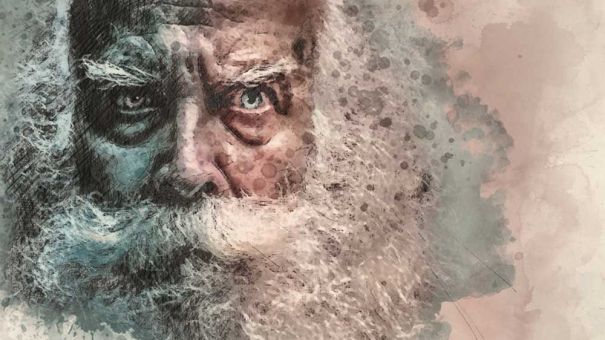 THE GOSPEL OF JOHN– Part 15

I want to be reminded that John’s book tells the story of the Eternal Word, who became flesh and dwelt with humanity. It is true that people often turn to the Gospel of John because it spells out so clearly the basics of the Christian faith, and it does. But this Book is far more than the ‘basics of the Christian faith’. Jesus proves who he is, diagnoses humanity’s problems, and bluntly describes what is necessary to live a full and meaningful life now for a salvation that leads to everlasting life.

Let’s read verse 43 again. Jesus decides to go to Galilee, and He finds Philip. The Greek translation tells us that Jesus not only ‘decides’ to go to Galilee, it pleased Him to go. He was happy about it. This word, ‘decides’ is in the aorist tense which has no regard for the past, present or future – it is continuous – which tells us that this is always what Jesus does. This is our model.

He was looking forward to going to Galilee, and we find out why when He finds Philip. That was no accident or happenstance. This language tells us Jesus was hunting for, searching for Philip, and He found him! This, again, is our model.

That is just ‘so like Jesus’, isn’t it? Matthew 18:11 tells us that Jesus says, “For the Son of Man has come to save that which was lost”.  He always purposes to seek people out. And when Jesus found him, He called Philip to follow Him. Now, granted, Jesus ‘knew Phillip’ ahead of time – He knows all of us by name. (Let that sink in.) But the first words out of Jesus’ mouth to Philip is, “Follow Me”.

The phrase, “follow me” is not a simple request, and it is a complex phrase in the Greek language. It is an imperative, a command. Jesus is saying, ‘Follow me, now!” It means “to join one who precedes you; to join him as his attendant; to accompany him as a disciple or to become his disciple”. Philip understood this and does it! No excuses, no arguments, he just goes with Jesus.

Jesus is always seeking for His own. Jesus always finds His own – this is what Jesus does continuously. He has said, “I have come to seek and to save”.

Just as Jesus knew Philip, Jesus knows you, intimately. Jesus continues to seek you, even after you have been saved.

There is another example in Luke 9:59-62, “And Jesus said to another, “Follow Me.” But he said, “Lord, permit me first to go and bury my father.” But He said to him, “Allow the dead to bury their own dead; but as for you, go and proclaim everywhere the kingdom of God.” Another also said, “I will follow You, Lord; but first permit me to say goodbye to those at my home.”  But Jesus said to him, “No one, after putting his hand to the plow and looking back, is fit for the kingdom of God.”

What is your response? Are you like Philip who made no excuses, offered no arguments, no delays, he just went wherever and whenever Jesus called? Anything less than immediate obedience, brings our sincerity and commitment to Jesus into question.

Bethsaida was a small fishing village on the northern shore of the sea of Galilee. Its inhabitants were largely uneducated working people, but the one thing most Jewish boys knew was the Torah. (There is a passage in the Mishnah, see Aboth v.21, which quaintly maps out and, as it were, labels the different periods of life according to their characteristics. It is worth reproducing, if only to serve as an introduction to what we shall have to say on the upbringing of children. Rabbi Jehudah, the son of Tema, says: “At five years of age, reading of the Bible; at ten years, learning the Mishnah; at thirteen years, bound to the commandments; at fifteen years, the study of the Talmud; at eighteen years, marriage; at twenty, the pursuit of trade or business (active life)).

So, it should be no surprise that Philip and Nathanael had knowledge of “Him of whom Moses wrote in the Law, and the prophets also wrote”. Philip goes on to ascribe this person as ‘Jesus, the son of Joseph, from Nazareth’.

Nathanael replies with skepticism, “Can anything good be from Nazareth?” And rather than argue to try to convince Nathanael, Philip simply tells him to come and see for yourself!

The application of these verses to our own lives should be plain. Rather than arguing and trying to convince someone about Jesus, perhaps we should consider Philip’s advice and tell the skeptics to “come, and see for yourself”. What happens next confirms Philip’s advice as correct.

Verse 47. “Jesus saw Nathanael coming to Him, and said of him, “Here is truly an Israelite, in whom there is no deceit!” Nathanael said to Him, “How do You know me?” Jesus answered and said to him, “Before Philip called you, when you were under the fig tree, I saw you.”

I am left without many words after reading verse 47 except to repeat, Jesus knows His own. Nathanael also seems amazed and confused by what Jesus tells him. How could Jesus know these things from a casual encounter?

Once again, although Nathanael may have known about the prophesied Messiah, it seems that no Bible scholar is able to say how or why he may have known that Jesus was actually this long-awaited Messiah, “Him of whom Moses wrote in the Law, and the prophets also wrote”, except by way of the Spirit of God.

Verse 50. “Jesus answered and said to him, “Because I said to you that I saw you under the fig tree, do you believe? You will see greater things than these.” And He said to him, “Truly, truly, I say to you, you will see heaven opened and the angels of God ascending and descending on the Son of Man.”

Jesus seems pleased with if not amazed at Nathanael’s simple faith, and then encourages him by telling of the amazing things yet to come.

I pray that God will give us the strength and courage to obey.  I pray, that we not just know about Jesus, but we actually come to know Him in a real and personal way.  I pray that our faith will give us ‘sight to see greater things’, and that it will be profound by its simplicity.

“And when Jesus entered Capernaum, a centurion came to Him, begging Him, and saying, “Lord, my servant is lying paralyzed at home, terribly tormented.” Jesus said to him, “I will come and heal him.” But the centurion replied, “Lord, I am not worthy for You to come under my roof, but just say the word, and my servant will be healed. For I also am a man under authority, with soldiers under me; and I say to this one, ‘Go!’ and he goes, and to another, ‘Come!’ and he comes, and to my slave, ‘Do this!’ and he does it.” Now when Jesus heard this, He was amazed and said to those who were following, “Truly I say to you, I have not found such great faith with anyone in Israel.” Matthew 8:5-10

Please bookmark this page and continue with me on this exciting journey in God’s Word.