(You can listen to this audio while you read along, then, you can stop the audio to follow a link, then, resume the audio when you are ready)

There is a lot of interest and conversation and controversy about an event called “The Rapture”, both inside and outside Christian Circles.  Scores of books, articles and movies have been written and produced on the subject, so many in fact, that one internet search returned over 1,500,000 hits on the subject.

The “Rapture”, as it is called, is an eschatological (study on matters of end times) theological position held by some Christians, of an end-time event when all Christian believers who are alive, along with resurrected believers, will rise “in the clouds, to meet the Lord in the air.”[1] The idea of a rapture as it is currently defined is not found in historic Christianity, and the term “rapture” is not found in the Bible.

The doctrine of a rapture is a relatively recent idea of Evangelical Protestantism, introduce by John Nelson Darby, a British pastor, writer and educator in the mid 1800s .  Darby formulated the idea of the rapture from the book of 1 Thessalonians chapter 4:13-17, specifically from verse 17, “Then we who are alive, who are left, will be caught up together with them in the clouds to meet the Lord in the air, and so we will always be with the Lord.”

The words “caught up” translate from the Greek verb “harpazō”.  The Latin Vulgate translates the Greek as “rapiemur” meaning “we are caught up” or “we are taken away” from the Latin verb rapio, where we get the English word, rapture.

This ministry’s position is a definitive “Pre-Wrath Rapture“.  The foregoing link will take you to an explanation and three videos produced by Zion’s Hope (also shown on this page) ministries and one video by The Fuel Project on this matter.

For the sake of brevity on this posting, I will leave you with this PDF presentation comparing the Words of Jesus in the Book of Matthew, chapter 24 and the book of the Revelation, taken from chapters six and seven. (click on the image or the text below here). 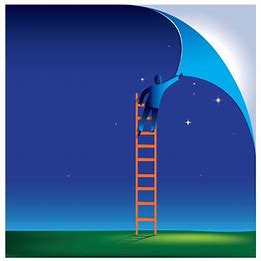 More videos on the Pre-Wrath Rapture of the Church:

“RAPTURE AND WRATH:  READY OF NOT?”

“THE FUEL PROJECT GUIDE TO THE 6TH TRIBULATION SEAL”

More material on the Tribulation and The Rapture by The Whitestone Fellowship:

Am I Really Seeing what I Think I am Seeing?

When do the 7 Years of Tribulation Begin?