(You can listen to this audio as you read along, and, you can pause the audio to follow links, then resume audio when you are ready.) 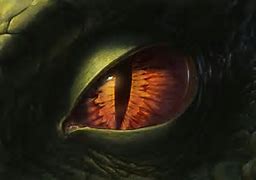 REVELATION 12 – The Flood, The Woman, The Dragon, The Child

Revelation 12:1-17 seems out of place in the account of The End of Days, The Tribulation and God’s Judgments. But, it is important to understand the events described in Revelation 12, 13, and 14 as a recap, and a panorama of God’s Plan of salvation for the world from a “Heavenly Perspective”.

The scenario in Revelation, chapter 12, begins with Israel, the Christ child and Satan’s failed attempt to destroy this, child, the Son of God. It culminates with Jesus’ victorious war over the Evil one.

Revelation 12:13, says, “And when the dragon saw that he was cast unto the earth, he persecuted the woman which brought forth the man child.

Verse 14. “And to the woman were given two wings of a great eagle, that she might fly into the wilderness, into her place, where she is nourished for a time, and times, and half a time, from the face of the serpent.

Verse 15. “And the serpent cast out of his mouth water as a flood after the woman, that he might cause her to be carried away of the flood.

Verse 16. “And the earth helped the woman, and the earth opened her mouth, and swallowed up the flood which the dragon cast out of his mouth.

Verse 17. “And the dragon was wroth with the woman, and went to make war with the remnant of her seed, which keep the commandments of God, and have the testimony of Jesus Christ.”

Revelation, chapter 12, starts with the words, “Now a great sign appeared”: This is the first of seven signs that John relates, and is described as a “great sign”, (“mega semeion”, from the Greek language).

Revelation chapters 12, 13, and 14 the main figures of the Great Tribulation are described, and this great sign introduces the first of the seven.

Knowing and understanding “The Flood” in Revelation 12 will help you know the urgency of the day in which you live, why you need to get ready for His Return and that it is now time.

Also see: The Flood in Matthew 24