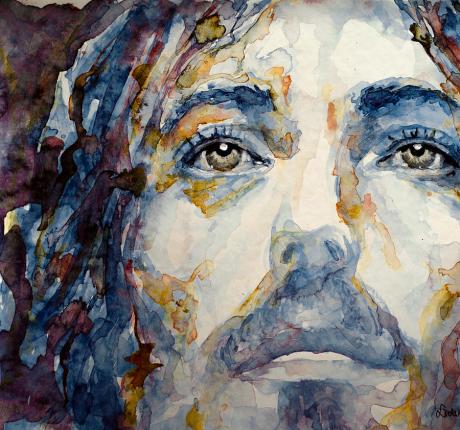 TWO SIDES OF THE SAME COIN?

Jesus has been described in many ways. Some said he was filled with demons. Others said He was a liar, a fake and a fraud. Some of his closest friends and family questioned if He was insane?

There is little doubt the Jesus seemed to have two sides: A gentle, caring pastor, yet a confrontational, fiery preacher. A quiet, calm man of peace, yet a man of outrageous convictions, stirring controversy and division. So, which is He.

The Bible describes Jesus as:

Did Jesus really come to earth for these reasons:

John 18:37 “Therefore Pilate said to Him, “So You are a king?” Jesus answered, “You say correctly that I am a king. For this purpose I have been born, and for this I have come into the world: to testify to the truth. Everyone who is of the truth listens to My voice.”

2. TO BRING A SWORD – even when it was divisive within the religious circles and churches?

3. TO FULFILL THE LAW – even when it was counter-cultural and did not fit specific denominational views?

4. TO CALL SINNERS – even if it offended them and others?

Mark 2:17, “And hearing this, Jesus *said to them, “It is not those who are healthy who need a physician, but those who are sick; I did not come to call the righteous, but sinners.”

5. TO SAVE THE WORLD – even when the world says Jesus was a fraud, was antagonistic to Him, and claimed it did not need saving?

John 12:47, “If anyone hears My teachings and does not keep them, I do not judge him; for I did not come to judge the world, but to save the world.”

6. TO CAST FIRE & BRING DIVISION UPON THE EARTH – even though He would be persecuted, tried, jailed and sentenced to death as a terrorist?

Luke 12:49, “I have come to cast fire upon the earth; and how I wish it were already kindled! Verse 50,  But I have a baptism to undergo, and how distressed I am until it is accomplished! Verse 51, Do you think that I came to provide peace on earth? No, I tell you, but rather to create division;

“WHAT HE REALLY MEANT?” – Even though He was radicalizing others?

John 14:12 “Truly, truly I say to you, the one who believes in Me, the works that I do, he will do also; and greater works than these he will do; because I am going to the Father. 13 And whatever you ask in My name, this I will do, so that the Father may be glorified in the Son. 14 If you ask Me anything in My name, I will do it.”

Jesus’ demonstrated steadfast, unmovable courage despite the cost – and He has told us to do the same!

Mark 4:35-41, “On that day, when evening came, He said to them, “Let us go over to the other side.” Leaving the crowd, they took Him along with them in the boat, just as He was; and other boats were with Him. And there arose a fierce gale of wind, and the waves were breaking over the boat so much that the boat was already filling up. Jesus Himself was in the stern, asleep on the cushion; and they woke Him and said to Him, “Teacher, do You not care that we are perishing?” And He got up and rebuked the wind and said to the sea, “Hush, be still.” And the wind died down and it became perfectly calm. And He said to them, “Why are you afraid? Do you still have no faith?” They became very much afraid and said to one another, “Who then is this, that even the wind and the sea obey Him?”

Luke 8:26-33 “Then they sailed to the country of the Gerasenes, which is opposite Galilee. And when He came out onto the land, He was met by a man from the city who was possessed with demons; and who had not put on any clothing for a long time, and was not living in a house, but in the tombs. Seeing Jesus, he cried out and fell before Him, and said in a loud voice, “What business do we have with each other, Jesus, Son of the Most High God? I beg You, do not torment me.” For He had commanded the unclean spirit to come out of the man. For it had seized him many times; and he was bound with chains and shackles and kept under guard, and yet he would break his bonds and be driven by the demon into the desert. And Jesus asked him, “What is your name?” And he said, “Legion”; for many demons had entered him. They were imploring Him not to command them to go away into the abyss.

“Now there was a herd of many swine feeding there on the mountain; and the demons implored Him to permit them to enter the swine. And He gave them permission. And the demons came out of the man and entered the swine; and the herd rushed down the steep bank into the lake and was drowned.”

BEFORE PILATE (Governors and elected officials)

John 19:8-12  ”Therefore when Pilate heard this statement, he was even more afraid; and he entered into the Praetorium again and said to Jesus, “Where are You from?” But Jesus gave him no answer. So Pilate said to Him, “You do not speak to me? Do You not know that I have authority to release You, and I have authority to crucify You?” Jesus answered, “You would have no authority over Me, unless it had been given you from above; for this reason he who delivered Me to you has the greater sin.” As a result of this Pilate made efforts to release Him, but the Jews cried out saying, “If you release this Man, you are no friend of Caesar; everyone who makes himself out to be a king opposes Caesar.” 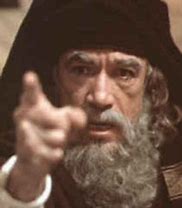 BEFORE THE SANHEDRIN (The religious authorities)

Matthew 24:57-67, “Those who had seized Jesus led Him away to Caiaphas, the high priest, where the scribes and the elders were gathered together. But Peter was following Him at a distance as far as the courtyard of the high priest, and entered in, and sat down with the officers to see the outcome.

“Now the chief priests and the whole Council kept trying to obtain false testimony against Jesus, so that they might put Him to death. They did not find any, even though many false witnesses came forward. But later on two came forward, Verse 61, and said, “This man stated, ‘I am able to destroy the temple of God and to rebuild it in three days.’” The high priest stood up and said to Him, “Do You not answer? What is it that these men are testifying against You?”  But Jesus kept silent. And the high priest said to Him, “I adjure You by the living God, that You tell us whether You are the Christ, the Son of God.”  Jesus *said to him, “You have said it yourself; nevertheless I tell you, hereafter you will see the Son of Man sitting at the right hand of Power, and coming on the clouds of heaven.”

“Then the high priest tore his robes and said, “He has blasphemed! What further need do we have of witnesses? Behold, you have now heard the blasphemy; what do you think?” They answered, “He deserves death!” Then they spat in His face and beat Him with their fists; and others slapped Him.”

Jesus did not draw back.  He proceeded boldly to the Cross and secured our salvation!

Remember, Jesus came to earth for these stated reasons:

TO TESTIFY TO THE TRUTH. This, too, is our calling!

TO BRING A SWORD. This, too, is our calling!

TO FULFILL THE LAW. This, too, is our calling!

TO CALL SINNERS. This, too, is our calling!

TO SAVE THE WORLD through Jesus. In a very real sense, this, too, is our calling, by lifting the Name of Jesus, telling others and leading them to Him

TO CAST FIRE & BRING DIVISION UPON THE EARTH. This, too, is our calling!

Be gentle as a dove, wise as a serpent, speak the truth, bring the sword, call sinners to Christ, cast His fire upon the earth, be like the Roaring Lamb.

Don’t be led or misled by the sheep. Follow the Lion of Judah!

“He does not take pleasure in those who shrink back!”