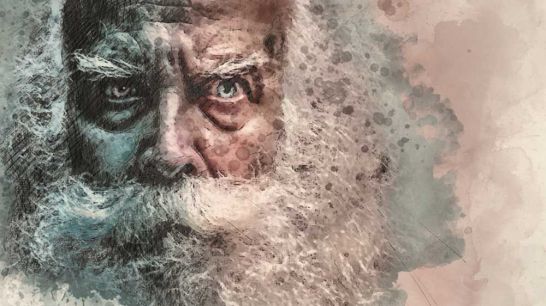 “Jesus’ mother said to the servants, “Whatever He tells you, do it.”

“Now there were six stone water pots standing there for the Jewish custom of purification, containing two or three measures each. Jesus said to them, “Fill the water pots with water.” So, they filled them up to the brim.

“This beginning of His signs, Jesus did in Cana of Galilee, and revealed His glory; and His disciples believed in Him.”

There is nothing surprising about Jesus’ mother holding authority at this wedding.

These verses seem to be a concise report on Jesus’ first miracle. Some details are offered for context, but is little in the way of narrative.

The fact that there were six water pots available was apparently just coincidental. We can discern that these were the type of water pots used in ceremonial cleansing or purification according to existing Jewish custom, and that they most likely would hold about 20 gallons each. (This would have been a lot of wine for any wedding, so one could make assumptions such as the liberality and generosity of Jesus’ miracles, etc. But that is an unsubstantiated assumption.)

The process of Jesus’ miracle, although amazing in-an-of-itself, seems to be orderly.

The headwaiter’s comments reveal little more than his surprise at the quantity and quality of the wine being served later in the wedding.

But what is important is that the simplicity of this miracle “revealed Jesus’ glory; and His disciples believed in Him.”

The text says, “They believed in Him”. This ‘pisteúō – belief’ gave birth to faith, and this faith caused His disciples to believe Him.

This faith-based belief caused His disciples to leave their homes, their families, their possessions and their livelihoods to follow Jesus.

This faith-based belief caused His disciples to give their lives in the cause of Christ.

This faith heals the sick, raises the dead, and makes the lame to walk.

This faith-based belief transformed the world and continues to bring many to sons and daughters to glory.

Whatever He tells you, do it. His disciples saw, and believed Him.

Be a disciple. Believe. It changes everything!