Many churches say witnessing or ‘soul winning’ is easy. They will say you just go into a neighborhood, and knock people’s doors, hand out literature and invite them to church. 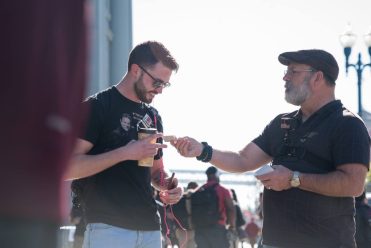 Some other churches suggest inviting your neighbors to church at Easter, Christmas or to a special event.

This is NOT witnessing or making disciples, but it is easier than actually ‘witnessing’ about Jesus. These examples may be a starting place, but what we are told by Jesus is to “go and make disciples, baptizing them in the name of the Father and the Son and the Holy Spirit, teaching them to follow all that Jesus commanded”. IT IS NOT EASY, so we improvise?

If you read the account of Jesus calling His first disciples, you might get the idea, “Oh, how easy is that?!”.  The (Greek) language in Matthew 4:18-22, tells us that Jesus was walking around the Sea of Galilee “on purpose and with purpose”, anticipating the men He knew He would encounter. His words were simple and direct. The response is sudden and astonishing.

On the other hand, take a look at the results of two of Jesus’ disciples when they tried making disciples for Christ:

The Apostle Paul had gone to the church in Jerusalem to tell his brothers and sisters of the great things God was doing through the churches, and everyone was praising God. Then, the Jews from Asia, upon seeing Paul in the temple, began to stir up all the crowd and laid hands on him, crying out, “Men of Israel, help! This is the man who instructs everyone everywhere against our people and the Law and this place; and besides, he has even brought Greeks into the temple and has defiled this holy place!” For they had previously seen Trophimus the Ephesian in the city with him, and they thought that Paul had brought him into the temple. Then the whole city was provoked, and the people rushed together, and taking hold of Paul they dragged him out of the temple, and immediately the doors were shut. While they were intent on killing him.” Acts 21:27-31.

Well, that was not easy! It sounds more like an epic witnessing failure!

Or how about Stephen? Full of grace and power, was performing great wonders and signs among the people, but some men from what was called the Synagogue of the Freedmen, including both Cyrenians and Alexandrians, and some from Cilicia and Asia, rose up and argued with Stephen. They were unable to cope with his wisdom and the Spirit by whom Stephen was speaking, so they secretly induced men to say, “We have heard him speak blasphemous words against Moses and God.” And they stirred up the people, the elders, and the scribes, and they came up to him and dragged him away. They shouted and rushed at Stephen, drove him out of the city, and stoned him to death. Acts 6:8 – Acts 7:60.

Ugh! Stoned to death. Nothing easy there, either!

Hebrews 11:36-38 tells us that “others experienced mocking and flogging, and further, chains and imprisonment. They were stoned, they were sawn in two, they were tempted, they were put to death with the sword; they went about in sheepskins, in goatskins, being destitute, afflicted, tormented (people of whom the world was not worthy), wandering in deserts, on mountains, and sheltering in caves and holes in the ground.”

What’s going on here? None of this sounds like something me or any of my Christian friends would dare try. And, by the way, did someone say this was going to be easy? Did they say we could do this? (You know, we are more used to ‘Tuesday night witnessing and visitation night’.)

Still, the early Church grew exponentially. There must have been something worth more than just living life. (As it turns out, it is Jesus and eternal life with Him; and some people found it.)

Honestly, though, it has been not easy witnessing Jesus to others over the decades since Jesus was on earth. It has been even harder to make disciples –  and is no easier today. There are many places in our world that still persecute and murder Christians for their testimony and for their witness. You may encounter rejection or ridicule in the Western world, but greater persecution may well be coming to your hometown, soon.

Still, this is our calling and Jesus’ command and commission to us. Go and make disciples, baptizing them in the name of the Father and the Son and the Holy Spirit, teaching them to follow all that Jesus commanded.

Let’s just say it upfront: THIS ISN’T GOING TO BE EASY! 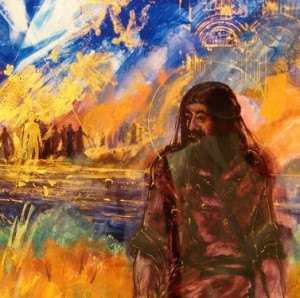 John (the Baptist) said this about his calling, his witness and about making disciples:  “I am the voice of one calling out in the wilderness, ‘Make ready the way of the Lord.’ I baptize in water, but among you stands One whom you do not know.  It is He who comes after me, of whom I am not worthy even to untie the strap of His sandal.”  He said it, he did it, but it cost him everything. It was hard, but it was worth every minute.

Instead of answering directly, I related the story of Abraham and Lot, and how honoring God would bring blessings. I had known the plaintiff and had been good friends with his father, since this guy was a teenager. I felt more like an uncle to him. The judge said, “That’s quite a story”, to which I said, “Yes, and it’s the truth”.

As a result, I was able to talk to the judge about Jesus, and he was responsive.

Another example is when I had made friends with a man who had Parkinson’s disease. He, his wife and I were having lunch one day, and I asked him if he believed in God. He said he did believe in God. I asked if I could pray for him, whereupon he became enraged. He cursed me and told me to stay away from him, and to this day, he avoids me. (His wife later apologized and said she did not understand his attitude or behavior.) I had gone from being a friend to a hated adversary. This really confused and hurt me.

On another occasion, I was watching a young man, who was working as a landscaper’s helper. It was hot, he was tired, and not making much money. I sensed or decided to encourage him and to tell him about Jesus. He stopped his work and listened. I said something to the effect, “Excuse me. May I talk with you a minute?”

“I have just had a thought – I believe it was from God, and He told me to give you a message. Would that be O.K. with you?”

“God wants you to know He loves you and has a better plan for your life. A plan to help you and to provide for you in ways you cannot imagine, right now”, I said.

The young man asked what I meant, and was I a preacher?

“I am a follower of Jesus”, I told him, “And, God wants me to tell you that He has a greater plan for your life. A plan to prosper you and not to harm you. It all starts with you calling on Him and asking Him to make you His child. It will change everything for you if you will stay with it.  Are you willing?”

Tears formed in this young man’s eyes, and he nodded, ‘yes’.

I reminded him, this will not be easy. You will have to endure the changes that will have to take place, but things will never be the same for you!

We prayed together. I gave him my phone number, and although I never heard from him again, I still think of him and pray for him.

YOU CAN DO THAT, TOO. 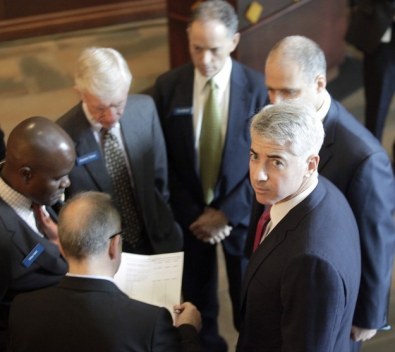 Another example is a time I witness to an attorney before testifying at a divorce proceeding. During that time, I talked to one of the lawyers about God’s love for them and His hatred of divorce. He was not happy about it, but, said he did not know and did not care if he died and went to heaven.

Then, during depositions, I testified to how God hates divorce but loves both this husband and wife and each person in the courtroom. I finished with as a personal witness for one of the couple.

Then a lawyer exclaimed, “Do you realize all of what you have said, now has to be read in open court?!”

I told him, I did not know that, but so much the better!”

Praise God! What a great surprise. (ONLY GOD CAN DO THAT).

It is never easy. Let me say it again – It just AIN’T EASY. But the more you try, the more courage you will gain. I would say, even if it isn’t easy, just do it!

“Not everyone who says to Me, ‘Lord, Lord,’ will enter the kingdom of heaven, but the one who does the will of My Father who is in heaven will enter. Many will say to Me on that day, ‘Lord, Lord, did we not prophesy in Your name, and in Your name cast out demons, and in Your name perform many miracles?’ And then I will declare to them, ‘I never knew you; leave Me, you who practice lawlessness.”  Matthew 7:21-23

Previous:  IT AIN’T EASY – THE PREACHING OF JOHN THE BAPTIST