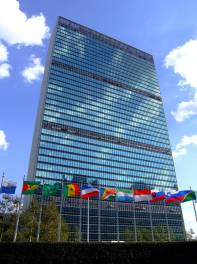 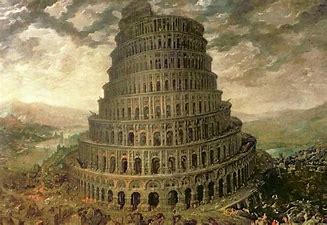 Publications like Wikipedia or “The Economist” confuse the matter of Globalism and the aims of Globalism by asserting there are various kinds of ‘Globalism’. (disassembling the word into component parts and delving into fabricated systems).

Merriam-Webster is close by saying Globalism is “a national policy of treating the whole world as a proper sphere for political influence, similar to imperialism or internationalism”.

“The task before UNESCO,” said its first Director-General Julian Huxley in 1946, is “the emergence of a single world culture” by transferring “full sovereignty from separate nations to a world organization.”

The “new world order” will be a socialist, authoritarian global government and court with “global rule of law” and a “one-world economy,” according to the Commission for Global Governance.

The recommendations of the Commission on Global Governance (http://ruby.fgcu.edu/courses/twimberley/EnviroPhilo/OurGlobalNeighborhood.pdf), if implemented, will bring all the people of the world into a global neighborhood managed by a world-wide bureaucracy, under the direct authority of a minute handful of appointed individuals, and policed by thousands of individuals, paid by accredited NGOs, certified to support a belief system which contains ideas that are foreign to the American experience, and ignores other values and ideas that are precious to the American experience.

So what are we to do? What can we do?

The Bible tells of the beginnings this idea on One World Government and warns this system is coming again in the Last Days.

“They said, ‘Come, let us build for ourselves a city, and a tower whose top will reach into heaven, and let us make for ourselves a name, otherwise we will be scattered abroad over the face of the whole earth.’

“The LORD came down to see the city and the tower which the sons of men had built.

“The LORD said, “Behold, they are one people, and they all have the same language. And this is what they began to do, and now nothing which they purpose to do will be impossible for them.” Gen 11:4-6

Rev 13: And he (the “beast” aka, the anti-Christ) causes all, the small and the great, and the rich and the poor, and the free men and the slaves, to be given a mark on their right hand or on their forehead,
17 and he provides that no one will be able to buy or to sell, except the one who has the mark, either the name of the beast or the number of his name.
18 Here is wisdom. Let him who has understanding calculate the number of the beast, for the number is that of a man; and his number is six hundred and sixty-six.”

The ‘rest of this story’ or the ‘story behind this story’ is Globalism. As usual, a plausible, but false narrative is presented to obscure the real agenda – a One World Government.

An article saying Europe is dying is a false flag. Europe is neither dead nor dying. And, Europe is not being ‘reborn’ (an unfortunate choice of words in this article). Europe was being infiltrated until around 2014. Since 2015 it became a full scale INVASION. Now, Europe is being transformed. https://civilusdefendus.wordpress.com/civil-defense/4-stages-of-islamic-conquest/

This same this is happening in America. Under Obama the infiltration was accelerated. President Trump is trying to stop the INVASION from abroad as well as undoing the damage done to our Nation and national interests by the previous three administrations. And democrats / Socialists hate him for his efforts and are doing all they can to stymie or destroy his efforts, including hamstringing or collapsing the US economy, destroying American social structures, disrupting our banking systems, controlling the Federal Reserve, socializing our medical systems.

The enemies of America, the Globalists, are embedded in our government, in our religious systems, in our churches, in our school, colleges and institutions of higher education. They are using methods to erase and eradicate the culture, history and legacy both in Europe and in America.

The agenda of this “migration” and Globalism or One World Government is not stuff of any book. It is stuff of THE BOOK, that is THE BIBLE.

A foreshadowing of this event can be found in Genesis 11. The Tower of Babel (Hebrew: מִגְדַּל בָּבֶל‎, Migdal Bāḇēl) as told in Genesis 11:1-9 is an origin myth meant to explain why the world’s peoples speak different languages.

According to the story, a united humanity in the generations following the Great Flood, speaking a single language and migrating eastward, comes to the land of Shinar (שִׁנְעָר). There they agree to build a city and a tower tall enough to reach heaven.

(NOTE: “tall enough to reach to heaven” can be a metaphor for “man reaching to heaven, making himself god, to accomplish his own desires. This is the Socialist and Communist manifestos of the State being your god – from cradle to grave)

This is ‘forecast’ or what is Prophesied in the Bible. It will occur. It is underway. You and I must PREPARE.

1. Surrender to Jesus as Lord and for Salvation, and He will give you wisdom, strength, courage and knowledge.

2. Repent and enter the Kingdom of God. “From that time Jesus began to preach and say, “Repent, for the kingdom of heaven is at hand.” Matthew 4:17 This Kingdom is a very real place. It is described by metaphor, but it is no metaphor. It is a real place we must possess in these last days. Jesus centers His teaching to His disciples around this Truth, telling them they must enter the Kingdom of God and continue His Works until He returns. (more on this in an upcoming article)

2. Educate yourself. Become Bible literate. “Also it causes all, both small and great, both rich and poor, both free and slave, to be marked on the right hand or the forehead, so that no one can buy or sell unless he has the mark, that is, the name of the beast or the number of its name. This calls for wisdom…” Revelation 13:16-18

3. “Now learn the parable from the fig tree: when its branch has already become tender and puts forth its leaves, you know that summer is near; so, you too, when you see all these things, recognize that He is near, right at the door. Truly I say to you, this generation will not pass away until all these things take place.” “Therefore be on the alert, for you do not know which day your Lord is coming. For this reason you also must be ready; for the Son of Man is coming at an hour when you do not think He will.”

4. “Go therefore and make disciples of all the nations, baptizing them in the name of the Father and the Son and the Holy Spirit, teaching them to observe all that I commanded you; and lo, I am with you always, even to the end of the age.”

These are real and serious matters and you must know that…

These are exciting times in which we live! But, we must be prepared and ‘endure to the end’ (most likely the end of the 5th Seal of Revelation) as Jesus said in Matthew 24. And by all accounts, it would seem we are at that stage! (whitestone2020.com/new-world-order )

Your Friend and Brother