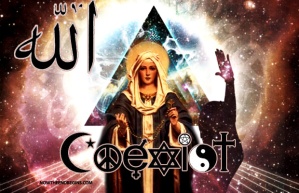 How did this happen and what do we do?

Go back to the decade of the seventies and early eighties. We were told to read our Bible, learn out Bible, apply the truth of the Bible to our lives and to teach the Bible to others.

Pulpits and many pastors were on fire for God. They preached and taught forcefully against sin, about heaven and hell and about the amazing Grace of God and His offer of salvation through faith in Jesus.

They were exciting times to be a Christian. Many of us, who became Christians during this time, felt like we had found a new lease on life and were encouraged to take possession of our relationship with God as our own. We were encouraged to imitate Jesus in every way. Ego, pride, materialism were things of the past. Fear, doubt, worry, guilt and shame were cast aside. Drugs, alcohol, permissive sex were shunned. We were new creatures, soldier of the Cross!

With this newfound freedom, many were excited to tell others about Jesus, and we were encouraged to learn more and to become true disciples of Jesus.

Our churches offered Sunday school classes teaching about the Bible and evening classes which encouraged us to learn the Bible. We attended conferences which taught all about the Bible, often in grand scale. Learning and teaching the Bible was the emphasis for Christians in our churches for decades.

An entire decade of Christians had learned their Bible, but because “learning” had become the primary focus, it had become routine. Study for the sake of studying. The relationship with God was growing stale.

The up-and-coming seminary graduates became pastors. And these new leaders were forging ahead with new ideas. Traditions and rituals were retired. The old hymns and hymnals were discarded. New terms like “social justice”, “missional” and “spiritual formation” were coined and the intent behind these terms was a reemergence of a modern Gnosticism. A new term was coined: Globalism.

“Gnosticism (from Ancient Greek: γνωστικός gnōstikós, “having knowledge”) is a collection of ancient religious ideas and systems which originated in the first century AD among early Christian and Jewish sects.

Viewing material existence as flawed or evil, Gnostics considered the principal element of salvation to be direct knowledge of the supreme divinity in the form of mystical or esoteric insight. Many Gnostic texts deal not in concepts of sin and repentance, but with illusion and enlightenment.

Pulpits and sermons were muted by the 501(c)(3) government tax exemption clause. Preaching against sin was being modified by social justice advocates and cheap grace ideologies. The Church was being taught to ‘fit into the world’s model’ in order to be more acceptable.

A resistance to the New Establishment church is born

We, The Body of Christ, discovered the New Establishment church, it’s leaders, pastors, teachers and theologians really had no plan beyond teaching a ‘new theology‘ (see Gnostics) being passed off as the Bible, and teaching it inside the church.

The Church also become predominantly program-oriented, pastor driven, monetized and is being sold on the open market. Congregations became “religious consumers”. A person could now shop churches until they found the one that best suited their views, wants and personal needs.

The new Establishment Church had the idea to keep church members busy with activities such as mothers mornings out, cooking classes, retirement planning classes, social gatherings, social outings and trips, that have little to do with the Bible. This mollified the church, making the members feel like they were accomplishing something.

But, the new Establishment Church seemed to have failed to plan what would come next after the “Learn your Bible” era.

As a result, many Christians began to “Go and make disciples, teaching them to observe all that Jesus had taught” on their own. They were the new resistance, the new remnant.

Some of these pioneers started small group Church gatherings, baptizing new believers, laying hands on the sick and sending others to do the same. Home Bible studies like Stone Croft and Bible Study Fellowship became popular. House churches began to spring up.

Organizations like Calvary Chapel, self-described as a “movement”, under the leadship of Pastor Chuck Smith started and grew into a national movement.

Most of the New Establishment Church found all of these developments troubling. It was disrupting their program to tighten their grip on the direction of the church in post modern America by promoting their new model of church.

So, began a concerted effort by the New Religious Establishment to put things into their predetermined denominational order.

We heard pastoral sermons describing the new resistance or Remnant Christian movement as “Bible Boys” or “Bible Girls” and “Who do they think they are, causing all this trouble?”, “We can’t allow this in our church because they might teach heresy or something” or, “They aren’t legitimate, they didn’t go to seminary.”

Church pastors shifted away from the role of a Biblical pastor, who cared for God’s Flock, visited the sick, shut-ins, prayed with the church members, and who spent time with his church family. They had moved toward a religious-business model of CEO-types, professional “teaching-pastors”, executive-pastors, and the like.

It has now become normal, that in order to see your own pastor, you need an appointment and some luck.

The new “Church business-model” and business plans for “exponential growth” and raising and making money has created a phenomenon of wide spread church bankruptcies, pastor burnout, the need for conflict resolution teams.

The move toward a religious-business model for the church, confirmed the need for the 501(c)(3) government approved church. It had fully emerged.

The Church is adrift. We are sheep without a shepherd.

“My flock wandered through all the mountains and on every high hill; My flock was scattered over all the surface of the earth, and there was no one to search or seek for them.”

7 “Therefore, you shepherds, hear the word of the LORD: 8“As I live,” declares the Lord GOD, “surely because My flock has become a prey, My flock has even become food for all the beasts of the field for lack of a shepherd, and My shepherds did not search for My flock, but rather the shepherds fed themselves and did not feed My flock;

9 “therefore, you shepherds, hear the word of the LORD: 10‘Thus says the Lord GOD, “Behold, I am against the shepherds, and I will demand My sheep from them and make them cease from feeding sheep. So the shepherds will not feed themselves anymore, but I will deliver My flock from their mouth, so that they will not be food for them.”

The words in the church sound familiar. But it has changed. Jesus warned about this. He told us many would come saying “I am the Christ”. We expected some guy in robes, I guess. But it is the false gospel of many false teachers in the church.

THE FALSE CHURCH IS HERE – THE APOSTASY HAS BEGUN

So, what does this all mean and what are we to do about it? We are to be prepared as the early Church learned.

Please prepare. Join together with us and with others. Read the following links and contact us. This is URGENT.

A Holy Remnant is born

Has The Great Apostasy Begun?

Find a Local Body of Christ – A Church That Makes Disciples

Who in turn Make Disciples & Go There!