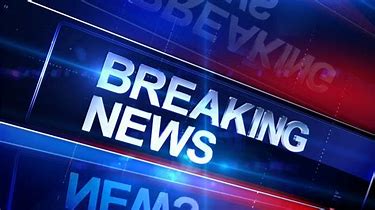 … You won’t see this in the Mainstream Media

Matthew 24:3 says,  “As He was sitting on the Mount of Olives, the disciples came to Him privately, saying, “Tell us, when will these things happen, and what will be the sign of Your coming, and of the end of the age?”

Verse 4, And Jesus answered and said to them, “See to it that no one misleads you.

verse 5, “For many will come in My name, saying, ‘I am the Christ,’ and will mislead many.

verse 6, “You will be hearing of wars and rumors of wars. See that you are not frightened, for those things must take place, but that is not yet the end.

verse 7, “For nation will rise against nation, and kingdom against kingdom, and in various places there will be famines and earthquakes.

verse 8, “But all these things are merely the beginning of birth pangs.

verse 9, “Then they will deliver you to tribulation, and will kill you, and you will be hated by all nations because of My name.”

So, when will these things happen?

I. WARS and rumors of war:

There have been thousands upon thousands of wars and conflicts since the time of Christ. Most notable for their scope and breadth are the 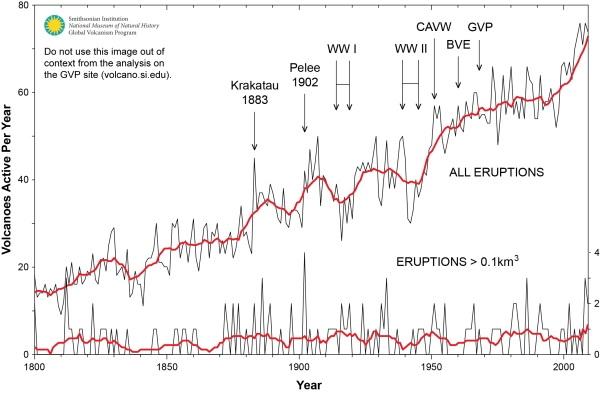 Earthquakes are nothing new. In fact, they are so numerous that I can only give you a web link by period of time and let you view what has been recorded. But, Jesus did warn they would come.

Lists of earthquakes by period 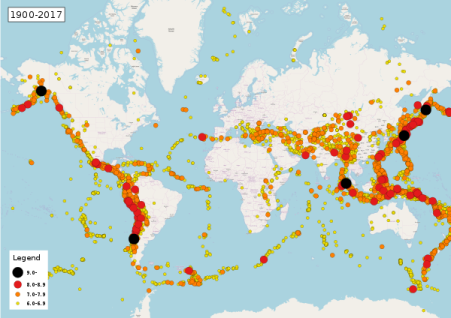 Volcanoes are nothing new, either, but it would seem that seismic events (volcanoes) are on the rise. 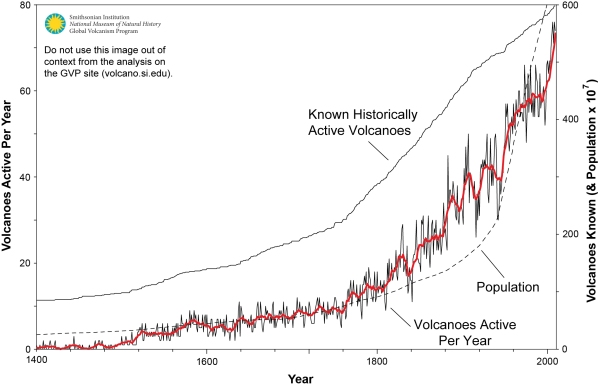 Figure 2. Graph showing known historically active volcanoes, number of volcanoes reported to be active each year, and population. The line labeled “Known Historically Active Volcanoes” (right scale) is the cumulative number of volcanoes with an historically recorded eruption by that year. “Volcanoes Active Per Year” since 1400 CE (black line) and 10-year running mean of same data (thick red line) is also based on reported eruptions (those with uncertainty dates greater than 1 year are not included, nor are uncertain eruptions). “Population” (right scale) is the world’s estimated human population; data from McEvedy and Jones (1978) and (since 1750) Population Reference Bureau, Washington, D.C. See text for further explanation.

At first glance the nearly exponential increase through recent centuries suggests that the planet may soon be overwhelmed by volcanic activity, but this increase tracks the striking growth of global population (dashed line on figure 1) that has spread potential observers of eruptions over much of the Earth and the technological advances that have facilitated reporting of those eruptions. Another indicator of the growth of the record is the increase in the total number of known historically active volcanoes (upper line on figure 2). These are not newly-formed volcanoes, but already established features (or volcanic fields) that clearly had numerous previous eruptions. If a list had been continuously kept, about 2000 years ago it would have contained only the names of nine Mediterranean volcanoes and West Africa’s Mount Cameroon. In the next ten centuries the list would have grown by only 30 names, 18 of them Japanese. Although newly settled Iceland soon added seven volcanoes, the list totaled only 63 by 1400 CE.

Famines have taken hundreds of millions of lives since the time of Christ, so this is nothing new, either. 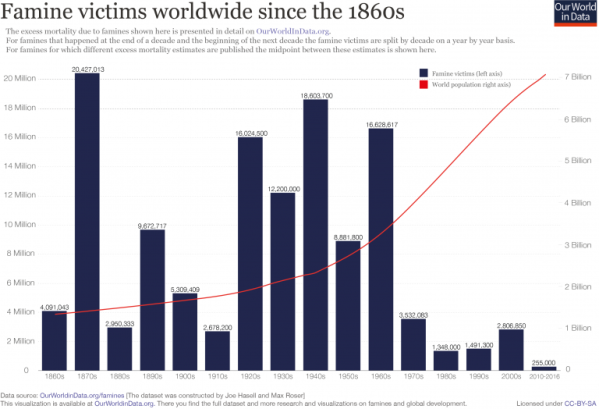 Jesus tells us there will be a worldwide persecution of Christians. A look at history shows us that In the first few centuries, Christianity grew quickly. By AD 325, an estimated 7 million people were Christians with as many as 2 million killed for their faith in Jesus.

However, according to a Christian think-tank. The Center for the Study of Global Christianity (CSGC) says 900,000 Christians have been ‘martyred’ in the last decade, equating to 90,000 a year and one every six minutes. 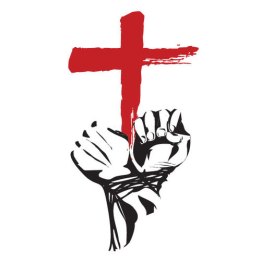 At least 327 million Christians face persecution, according to Aid to the Church in Need (ACN), which released its biannual report on Religious Freedom in the World in November 2018. That is 7 percent of the world’s 2.3 billion Christians, estimated by Pew Research Center in 2015.

245 million Christians in the top 50 countries on Open Doors USA’s 2019 World Watch List experience high levels of persecution (i.e.: torture, rape, sex-slavery, for conversion to Christianity, murder and genocide), an increase of 14 percent from 2018. Sixty percent of those enduring persecution are children; women and girls are most violated. Release International, a UK-based human rights watchdog in operation for the past 50 years who partner with U.S.-based “Voice of the Martyrs” said they expect global anti-Christian persecution is set to rise ‘sharply’ in 2019. – (Read the report here)

So, what does all of this lead to?

1. Why was Jesus warning His disciples (and subsequent disciples or anyone who would eventually read His Words in the Bible) about coming events it they would not experience those events, if they would be Raptured before the tribulation?

2. How can we tell WHICH ‘wars and rumors of wars, famines and earthquakes’ were the result of the breaking of the first Seal of the tribulation, because there have been thousands of them since Jesus said these words.

3. Was Jesus wanting to ‘scare’ listeners into believing by warning them ahead of time? (I think not. Trickery just doesn’t fit Jesus Character, and He tells us “do not be frightened” by these things.)

4. Jesus tells His disciples (and subsequent disciples or anyone who would eventually read His Word in the bible), in Matthew 24:6 that “You will be hearing of wars and rumors of wars. See that you are not frightened, for those things must take place, but that is not yet the end. 7 “For nation will rise against nation, and kingdom against kingdom, and in various places there will be famines and earthquakes. 8 “But all these things are merely the beginning of birth pangs.”

Why is Jesus telling us that we should not be frightened by the WARS, Rumors OF WARS, NATIONS RISING AGAINST NATIONS, FAMINES, EARTHQUAKES, and that we must ENDURE TO THE END TO BE SAVED if we would not be affected? If have been “Raptured” and out of harms way, why tell us?

5. When you compare Jesus’ Words in the book of Matthew with John the Revelator’s account of the ‘End of Days’ in Revelation why do you get the very real sense that something about pre-tribulation evangelical or reformed doctrines of the end times don’t line up with or doesn’t fit with what you read IN THE BIBLE.

Go to these links and study.

The Current Christian Betrayal of Jesus

Globalism, The Tower of Babel & The One World Government

Let’s come together – PLEASE – and go to the fields which are ripe for the Harvest!

Your Brother and Friend