What are they? Is there a difference?

The distinctions seem so minor. So why all the fuss? Learn about these views and why it matters. Then follow the link at the end of this page.

References from Matthew 24, Mark 13, and Luke 21 are used as evidence of the coming of Christ to “deliver the righteous” by means of the rapture, which will occur after specific events in Revelation, in particular after or during the breaking of Sixth Seal when the sun is darkened and the moon is turned to blood.

By this point – the breaking of the 6th Seal – many Christians will have been slaughtered as martyrs by the Antichrist.

After the rapture, God’s wrath of trumpets and bowls will come. (a.k.a. “the Day of the Lord”). The Day of the Lord’s wrath against the ungodly will follow for the remainder of seven years (the 7th Seal, the 7 Trumpet judgments and the 7 Bowl judgments).

(1) The Pre-tribulation view says the final 7 years of Daniel’s Seventy Weeks will commence with the breaking of the first Seal of the Tribulation and will conclude 7 years later with the pouring out of the 7th and final Bowl of God’s Wrath.

But, the Bible clearly teaches that the final 7 years of Daniel’s Seventy Weeks will commence with the breaking of the Sixth Seal of the Tribulation. The first Seal of the Tribulation was broken in AD 1 as confirmed by the Apostle Peter in Acts 2:14-21 , and the successive Seals 2 through 5 have been opened at various times over the last 2,019 years, with the 5th Seal being the most recent. The Day of the Lord is near, very near.

(2) The Pre-tribulation view is leading many people to believe that Jesus will come and “gather His elect”, then re-return to rapture His Church in secret.

But, the Bible is clear, Jesus will come and gather His elect in plain view, in the heavens, and continue to defeat the armies of antichrist.

(3) Theologians and Bible teachers who hold the Pre-tribulation view argue that some will be saved during the tribulation period.

Revelation 16:9 says, “The fourth angel poured out his bowl upon the sun, and it was given to it to scorch men with fire. 9Men were scorched with fierce heat; and they blasphemed the name of God who has the power over these plagues, and they did not repent so as to give Him glory.”

And, Revelation16:10 says, “Then the fifth angel poured out his bowl on the throne of the beast, and his kingdom became darkened; and they gnawed their tongues because of pain, 11and they blasphemed the God of heaven because of their pains and their sores; and they did not repent of their deeds.”

This dispute arises from the problem with timing of the Pre-tribulation view. Although no one know the day or the hour, we are told we an know the seasons. It is true that there will be those who are saved during the seasons of first 6 Seals of the tribulation – because the Rapture will not have occurred and will not occur until the after or during the breaking of the 6th Seal.

But then, after the Great Tribulation, the Wrath of the Lamb, after the breaking of the 6th Seal and 7th seals have occurred, none will be saved. (see Revelation 9:20-21 and Revelation 16:9-11 )

The Pre-tribulationists say there will be many people who come to Christ during the tribulation – even after the 7th Seal. They argue that the 144,000 Jewish witnesses (Revelation 7:4) are Jewish believers are seal by God and sent to earth to evangelize the lost. But NOWHERE does the Bible say or imply such a thing.

In fact, the 144,000 are called the “Bond-Servants of God”. They may be witnesses and they may be prophets, but that the 144,000 will lead the lost to salvation in Jesus are just conjectures – educated guesses – of religious men and women.

The Bible calls the 144,000 “Bond-Servants of God” and that these Bond Servants will follow Jesus wherever He goes. But, there is no evidence that anyone is saved after the breaking of the 7th seal.

(4) The Pre-tribulation view has spawned a sense of complacency among non-believers and believers, alike.

Non-believers either don’t believe any of it or think they can just wait. Believers are slow to warn others of the coming Judgment for the same reason. And worse, Believers take a casual approach to their Salvation because they have been taught they have a ‘free ticket out of trouble’. All of this is wrong and dangerous.

Here is a history of the SEALS, to date: https://www.whitestone2014.com/when-page-3

The time is now. It has already begun. We must

Your Friend And Brother 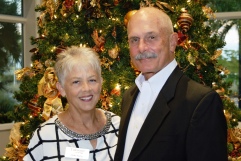