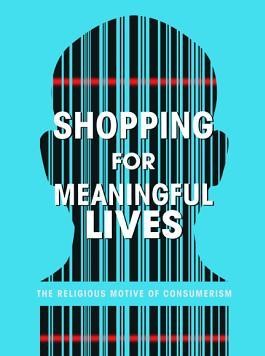 We were considering joining a very large church about ten years ago, and at the end of the ‘new members dinner’ the pastor said, “Come on now, and sign up, because MEMBERSHIP COMES WITH BENEFITS”.

About five years later, after we had joined another church, and a member of this church, upon discovering that the church leadership had decided to discard or donate many of the church chairs (we use chairs instead of pews) and begin a building project, stood in the sanctuary and angrily shouted, “I PAID FOR THESE CHAIRS, AND THEY HAVE NO RIGHT TO GET RID OF THEM WITHOUT CONSULTING US!”

What is this? Consumerism is in the Church?

Coincidentally, I have encountered the term, “consumerism in the church” three times this past week. Once, at home in Florida, while reviewing a video from The Verge Network; Another time reading an article on meettheneed.org web site; and finally, today, Sunday, at a church near Seattle, Washington (https://www.nlchurch.com/).

So, I wonder, is God speaking through circumstances? Or, is this just coincidental?

All three occasions were connected with the idea that the Church is the Body of Christ which are the true Believers, disciples and followers of Jesus as opposed to ‘the church being a building’ or an organization, someplace you go on Sunday.

I began to wonder how each of these sources would describe or define “consumer” or “consumerism” in the Church.

Frances Chan, in a Verge Network video, says that consumerism in the church is “pastoral malpractice and they are actually ruining people by making them consumers”. (https://www.whitestone2014.com/copy-of-home click on the video “we are church”)

Here is an excerpt from a book, “Thieves in the Temple: The Christian Church and the selling of the American Soul” by G. Jeffrey MacDonald.

“After twenty years in ministry and a track record of celebrated accomplishments, pastor Walt Kallestad went before his gathered flock and tearfully repented. On his watch, he said, the church had become a “dispenser of religious goods and services.”

“From now on, for the sake of God, the church integrity, and society, life inside his congregation would have to change in a big way.

“Kallestad purged frills, church-wide. Gone were the talented professional musicians who had no personal passion for the faith. Churchgoers bid adieu to group trips to restaurants, square-dancing classes, and card-playing evenings that had nothing to do with Christianity.

Members so remained were expected to practice regular devotions, tithe to charities, and serve alongside poor neighbors.

“Religious mobility has become a way of life in America. In 1955, only 4 percent of Americans had switched religious affiliations in their lifetimes. By 1985, it was one in three. By 2008, the number had reached a whopping 44 percent. Among Protestants, including former Catholics, most people who have changed their religious affiliations have done so because they found a spiritual pathway or community that they liked better. These patterns herald the arrival of a new religious marketplace, where churches overtly compete for customers and unsatisfied souls dabble to a degree that would have been unthinkable just a few decades ago.” (https://books.google.com/books/about/Thieves_in_the_Temple.html?id=cQil7G6qjXgC&printsec=frontcover&source=kp_read_button#v=onepage&q&f=false )

Thus, the growing religious consumer mindset. “I give my money here and I expect something in return for my money”.

I remember, around the time I surrendered my life to Christ, the big decision most people had to make about getting saved was having to give up the sinful pleasures of life.

Now-a-days, it seems the idea is, just come to Christ ‘as you are’ and He will fix you later. So, you do little more than just come. And, it seems many are coming but no change is taking place. They just join the festivities.

Many Churches now openly compete for your business. Church is selling itself. The Body of Christ being sold on the open religious market. And we all know what you call it when someone sells their body for money.

John 2:14 – 17 gives us an example of consumerism in the Church and how Jesus felt about it.

“And He (Jesus) found in the temple those who were selling oxen and sheep and doves, and the money changers seated at their tables.

“And He made a scourge of cords, and drove them all out of the temple, with the sheep and the oxen; and He poured out the coins of the money changers and overturned their tables;

and to those who were selling the doves He said, “Take these things away; stop making My Father’s house a place of business.”

Whatever happened to political correctness in Jesus’ day? Maybe it is past time we return to the mindset of Jesus?

Matthew 20:25 “But Jesus called them to Himself and said, “You know that the rulers of the Gentiles lord it over them, and their great men exercise authority over them.

26 “It is not this way among you, but whoever wishes to become great among you shall be your servant,

27 and whoever wishes to be first among you shall be your slave;

28 just as the Son of Man did not come to be served, but to serve, and to give His life a ransom for many.”

29 ¶ As they were leaving Jericho, a large crowd followed Him.

Or is it just me – out in left field again?

More links on this site about “The Church”

What is God Saying to His Church – You and me

Consumerism in the Church?

Is this the Church?

Socialism in the Church?