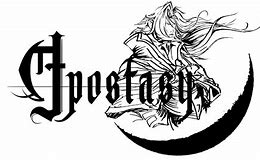 THE AGE OF APOSTASY

I. Jesus’ model of ministry – versus – “false church”:

Jesus was tempted, tested, by the devil. (Matthew 4) We must be tempted and tested. (Matthew 5)

Jesus began His ministry of calling people to Himself, making disciples, teaching and preaching the Gospel, practicing the Gospel.

Jesus instructs His disciples on the cost of following Him.

Leave your home and come with Me (Matthew 19)

Jesus walks with His disciples, teaching and showing His Gospel.

Jesus sends His disciples to do His Work (Matthew 10)

Jesus ascends to His Father and sends His disciples to continue His Works. (Matthew 28) We are to make disciples, baptizing them, preaching the Gospel, teaching them to all He commanded. (Matthew 28)

II. The emergence of the False church

AD 1 The Church of Jesus Christ, The Body of Christ, had no buildings, little money and no wealth. The Church was a Movement.

Jesus said to make disciples; collect no money except to make your journey.

The penalty for becoming a Christian was often death.

AD 313 The Church expanded into Rome and it gained recognition. It grew in power and popularity. It obtained wealth, buildings, property and influence. It became an institution.

AD 380 The Church expanded into Europe. It was becoming a worldwide phenomenon. It grew in wealth, stature, power and influence. It had become a culture.

AD 1681 The Church became corporate. It had became a business and incorporated. It became regulated by the government.

AD 1777 The state of Virginia granted tax exemption to houses of worship.

AD 1894 The corporate church was granted tax exemptions by the Federal Government.

AD 1954 The Federal Government regulated what a church could and could not say in order to retain tax exempt status.

The church continued to grow, and in order to attract more people the Corporate Church lowered its membership and doctrinal standards. More people became ‘members’ and gave more money to support more growth.

The Church corporation is complete with leaders, boards and membership and a business model.

Local churches compete against one another for members (customers). The church is selling itself in “three line slogans”.

The Church members now have choices and have become religious consumers. Church people can shop around for the religious brand and standards that best suits them. (2 Timothy 3)

Record numbers of pastors quitting because of stress, burnout or are being fired by their congregations (some stats say 1500 – 1700 leave “the ministry” each month).

The Episcopal Church in the United States and the Christian Church (Disciples of Christ) have also allowed ordination of openly gay and lesbian candidates for ministry for some years.

AD 2020 The church is teaching and living a different Gospel than that of the Apostles.

THE AGE OF APOSTASY IS WELL UNDER WAY

We, The Church, The Body of Christ, must be prepared. We must be doing those Works that Jesus commanded.

Your Brother and Co-Laborer

(Note: This article is NOT an indictment against The Church, The Body of Christ.

This is a brief view of the ‘track’ or history of the emergence and growth of the FALSE CHURCH around the world. It is a sign of The Great Apostasy which Jesus warned about – the breaking of the 5th Seal of the tribulation.

There are many faithful, Gospel teaching Churches in America and around the world. But, the facts remain, we have entered a time of Great Apostasy and we need to be prepared, for Jesus’ return is near.)