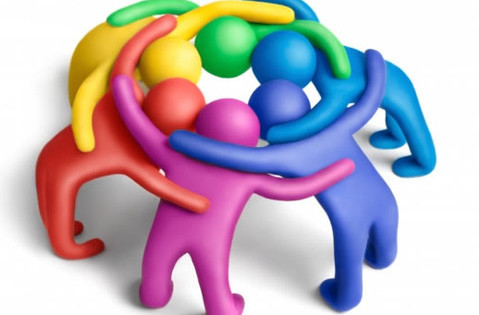 We seem to huddle in church, week after week, or we huddle in ‘small groups’, convincing one another, over and over, about our beliefs, our doctrines, and reveling in our Bible stories. But are inadvertently ignoring the “lost” around us? Are we obeying Jesus’ command to personally Go, Tell, Teach, Preach, Baptize and make disciples. (Oh, the convenience of giving to missions)

Are we actually “following” Jesus?

Our Churches are full of people who are convinced they are saved by faith in Jesus and will avoid the tribulation completely and have a home secured in heaven all because they whispered a prayer and perhaps have even gone to an altar, became members of a Church. (And many have even been baptized.)

But, now, they sit – having been assured they have done all they needed to do.

Oh, most give an offering each week and a few hand out bulletins or act as greeters or ushers on a Sunday. Some will even go on a pre-planned “missions trip”.

But, is this what Jesus meant when He said

“Follow Me, and I will make you fishers of men.”

Could it be that your ‘confessing Jesus’ is just the beginning of your process? The book of James also reminds us to be careful, because faith without works is a dead faith.

So, just to be safe, and while we still have time, would you agree that we might need to be certain that we know what does it means, to actually

Read with me the Biblical definitions and examples of Following Jesus, what He taught and what He commanded:

It is important to know that this is in the IMPERATIVE! It is not a request. It is a command.

Furthermore, it carries the meaning and idea of drawing close to the Teacher, close enough to look over His shoulder, in order to learn from a close and intimate vantage point, and to be seen with and identified with the Teacher and to be counted as His student or disciple.

A disciple of The Teachers is expected to learn so they may carry on the work accomplish the cause or ministry of the Teacher.

The disciples of Jesus day, being Jewish, understood that if a rabbi ultimately agreed to a would-be-disciple’s request, and allowed him to become a disciple, the disciple-to-be agreed to totally submit to the rabbi’s authority in all areas of interpreting the Scriptures for his life. This was a “cultural given” for all observant Jewish young men . It was something each truly wanted to do. As a result, each disciple came to a rabbinic relationship with a desire and a willingness to do just that – surrender to the authority of God’s Word as interpreted by his Rabbi’s view of Scripture.

It must have been the view of Jesus’ disciples that in “Yeshivas”, or groups of disciples in Jesus’ day, a standard part of rabbinic teaching methodology was to study their rabbi’s view of Scripture to comprehend God’s way for the conduct of their life which was the main priority of a disciple and the yeshiva experience.

The issue was not just what God’s word said, rather what did it mean and how was it to be lived out. Jesus is both that Word and that exact representation.

Secondly, it is important to know the difference of when was Jesus “commanding” His disciples and when was He “teaching” them, or both. (It is still important to this day, to know if that there is a difference.)

Teachings: are learning to do.

(An example is that I may teach you how to do surgery, but, it is quite another thing to be told to DO SURGERY. They are complimentary tasks. But, the latter must follow the former “or it is just unused information”)

John 15:17 Jesus says, “This I command you, that you love one another.

1) to order, command to be done, enjoin

1a) that by which a thing is finished, its closed, end of issue

Matthew 4:23 “Jesus was going throughout all Galilee, teaching in their synagogues and proclaiming the gospel of the kingdom, and healing every kind of disease and every kind of sickness among the people.”

1a) to hold discourse with others in order to instruct them, deliver didactic discourses

2a) instill doctrine into one

2b) to explain or expound a thing

2c) to teach one something

As I write this, I confess, I am talking too much and doing to little. I repent. Can we please join together and be about actually FOLLOWING JESUS, together?

Matthew 4:23Jesus was going throughout all Galilee, teaching in their synagogues and proclaiming the gospel of the kingdom, and healing every kind of disease and every kind of sickness among the people.