(You can listen by audio and pause the audio to follow page links, then resume the audio when you are ready.  Please note, I use page links in lieu of footnotes or references, which give important details.) 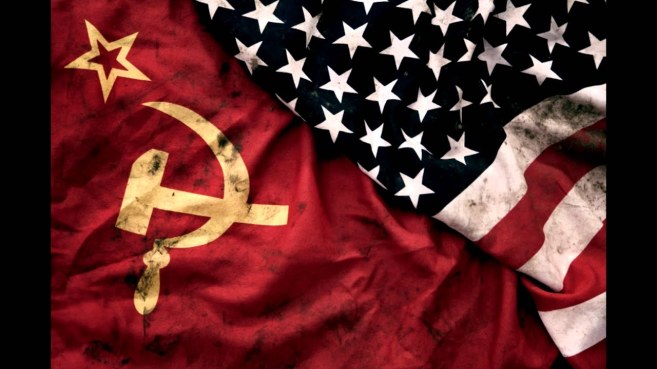 I will address each stated goal of the U.N. initiated and U.N. controlled Marxist-Globalist Agenda 2030 and uncover their actual goals, methods and results.

One of the tentacles of the United Nations’ Agenda 2030 is the ICLEI was formerly known as the ‘International Council for Local Environmental Initiatives’. This international association was established when more than 200 local governments from 43 countries convened at its inaugural conference, the World Congress of Local Governments for a Sustainable Future, at the United Nations in New York in September 1990.

This is important because the American Democrat Party and many in the Republican Party, have endorsed and installed Agenda 2030 operatives in over 235 cities throughout the United States, as agents of the I.C.L.E.I., and, despite their publicly cited goals, they are politically and socially promoting the Marxist policies and ideologies of the U.N. and the Agenda 2030. (Click here for the ICLEI U.S.A. member’s list).

I.C.L.E.I., is the activist army implementing  the Agenda 2030, worldwide.

Their most recent manifesto, Agenda 2030 contains seventeen far-reaching goals and initiatives which will negatively impact democracies and personal freedoms around the world.

*The U.N.’s agenda is to control social programs worldwide, one of which is to have complete control over agriculture, food production and distribution

Achieving such a monumental task requires huge sums of money. Where does the money come from?

First, let’s discuss the financing of this plan.

There is a certain amount of money in any economy’s treasury, and it is from the treasury that governments spend money on mandatory social programs such as social security, medicare and medicaid, then there is discretionary spending on things such as our nation’s infrastructure and foreign aid and spending on national defense and government-at-large.

As of 2022, the democrat controlled U.S. government expects to spend $6.011 trillion. More than 65% of that pays for mandated benefits such as Social Security, Medicare, and Medicaid.

Discretionary spending pays for everything else. It will be $1.688 trillion. The U.S. Congress appropriates this amount each year, using the president’s budget as a starting point.

Interest on the U.S. debt is estimated to be $305 billion. Interest on the approximate $29 trillion federal debt is the fastest-growing federal expense, expected to double by 2028. The U.S. Treasury must pay the interest to avoid a U.S. debt default. A debt default by the U.S. has unknown consequences because it has never happened.

The U.S. debt limit hovered at about $28.4 trillion through December 2021, until Congress passed legislation to raise it by an additional $2.5 trillion. It stood at more than $31 trillion as of December 16, 2021.

Mandatory spending is estimated to be $4.018 trillion in FY 2022. This category includes entitlement programs such as Social Security, Medicare, and unemployment compensation. It also includes welfare programs such as Medicaid.

Social Security will be the biggest expense, budgeted at $1.196 trillion. It’s followed by Medicare at $766 billion and Medicaid at $571 billion.

Medicare is already underfunded because taxes withheld for the program don’t pay for all benefits. Congress must use tax dollars to pay for a portion of it. Medicaid is 100% funded by the general fund, also known as “America’s Checkbook.” This account is used to finance daily activities and long-term operations of the government.

The point here is that in a Socialist system, funds of a country’s income and treasury are redistributed from other necessary and income producing areas to government, to enrich the lawmakers and to fund social programs such as seen in the Agenda 2030 plan until the treasury is bankrupted.

Secondly, government ‘handouts’, such as free college education, poorly managed welfare programs, food stamp programs, to name a few, are a disincentive and subject to widespread abuses. I.e., ‘why work when I get free money, food and housing?’, and that is exactly what is happening in the United States.

The Social Security Act was enacted August 14, 1935. The Act was drafted during President Franklin D. Roosevelt’s first term by the President’s Committee on Economic Security, under Frances Perkins, and passed by Congress as part of the New Deal. The Act was an attempt to limit what were seen as dangers in the modern American life, including old age, poverty, unemployment, and the burdens of widows and fatherless children. By signing this Act on August 14, 1935, President Roosevelt became the first president to advocate federal assistance for the elderly.

Then this beast began to grow and gain strength:

August 10, 1939, the program broadened to include benefits for workers’ dependents and survivors.

September 1960: President Eisenhower signed a law amending the disability rules to permit payment of benefits to disabled workers of any age and to their dependents.

June 30, 1961: All workers now allowed to take early retirement at age 62, albeit at a reduced Social Security benefit.

April 20, 1983: Comprehensive changes to Social Security, based on recommendations of the National Commission on Social Security Reform (also known as the “Greenspan Commission”) were signed into law, making sweeping changes to shore up the program’s shaky financial footing. The changes included raising payroll taxes and raising Normal Retirement Age (NRA).

October 1, 1988: A nationwide toll-free number was implemented for people to contact the Social Security Administration (SSA).

October 1, 1999: The annual mailings of Social Security Statements began. About 125 million statements, showing workers’ earnings and projected benefits, were sent to all workers ages 25 and older.

April 7, 2000: The Senior Citizens’ Freedom to Work Act of 2000 was signed into law, eliminating the Retirement Earnings Test (RET) for those beneficiaries at or above NRA. (The RET still applies to those beneficiaries below NRA.) The RET was an original feature of the Social Security Act.

March 17, 2020: Social Security field offices shut down because of the COVID-19 pandemic. Most services continued to be offered online or by telephone, rather than in person.

April 22, 2020: The annual report from the Social Security trustees projected the combined trust funds would be exhausted in 2035, after which only just over three quarters of benefits could be paid.

September 17, 2021:  SOCIALISM, is hiding in the United States, in plain sight. Take a look at the U.S. Budget and where the money goes.

Socialism, which is just the early steps until Marxism is achieved.

Again, their goals sound worthy, but the methods used to achieve these goals and the long-term outcomes are self-defeating and disastrous for people.  They end up creating the very things they claimed to eliminate.

Every single government that has ever tried or is currently employing Socialist style economic policies has enslaved its people, corrupted their government, bankrupted their economy and have become Marxist.  Lack, want, hopelessness, suffering and death follows. Always.

Next Episode: MARXISM-AGENDA 2030-THE U.N. – THE DESTRUCTION OF THE UNITED STATES – Episode 6

FOREIGN TO AND IGNORES IDEAS PRECIOUS TO THE AMERICAN EXPERIENCE

What can we do? Read “The Overthrow of America by Social Marxism – the Silent Coup”.